Madhya Pradesh: In laws of woman attack on her and her sister

The incident occurred at Huravali in Sirol where the husband and father-in-law of younger sister with their companions brutally beat up both the sisters Babli and Preeti with sticks and rods.
FP News Service 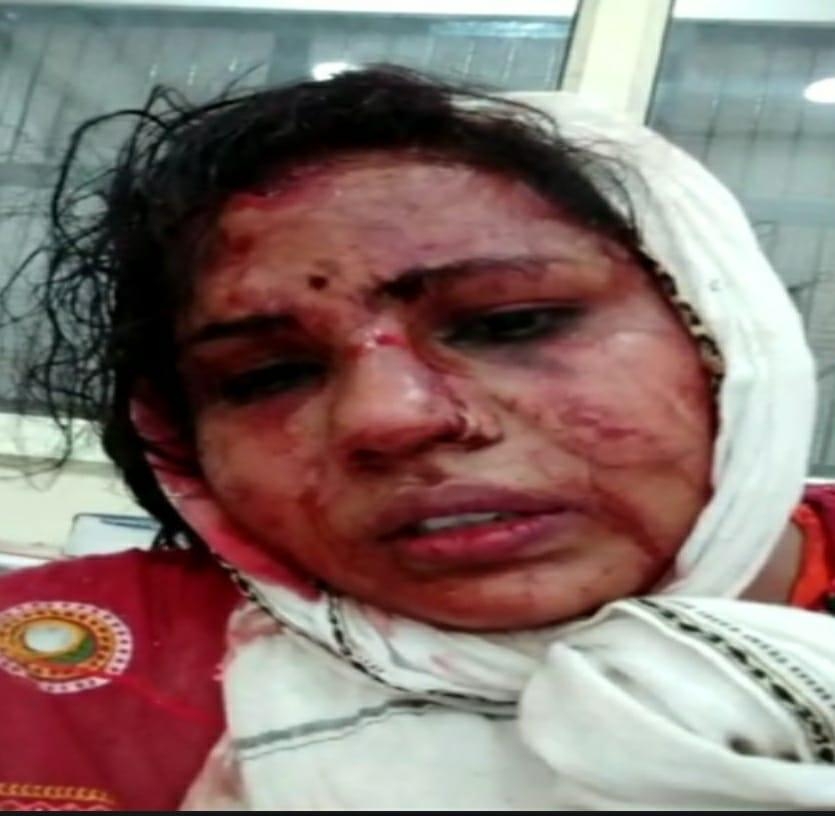 Gwalior (Madhya Pradesh): Two sisters were attacked by in-laws of younger sister in Gwalior two days ago. They were returning back to their home after hearing in SDM court.

The incident occurred at Huravali in Sirol where the husband and father-in-law of younger sister with their companions brutally beat up both the sisters Babli and Preeti with sticks and rods.

Elder sister, Babli sustained severe injury as attacked on head with rod several times. she got more than 12 stitches.

The video message of Babli urging for justice went viral on social media on Monday.

Notably, Preeti had filed a case against her husband and father-in-law. The hearing of which was held in the SDM court. Both were returning after the hearing home. As soon as they reached pawansut road of the colony in Sirol, Preeti's husband Anil, father-in-law Patiram and other relatives Ravi, Bhagwati, Munni and Asha surrounded both the sisters and attacked on them.

They hit Babli more as she was helping her sister. Sirol police station in charge Gajendra Singh Dhakad said that on the complaint of the victim, a case of assault has been registered against the accused. There is an old dispute going on between both the sides, he added.