Prime Minister Narendra Modi and Chief Minister Shivraj Singh Chouhann during the Grih Pravesh of the beneficiaries of Pradhan Mantri Awaas Yojana-Gramin through a video conference on Tuesday. | FP

Bhopal (Madhya Pradesh): Prime Minister Narendra Modi on Tuesday said women have got ownership rights over two crore houses in the country through the Pradhan Mantri Awas Yojana (PMAY). Along with pucca housing, they have also got toilet facility, electricity, LED bulb, gas and tap connections. It will strengthen their participation in economic decisions. PM also said this is the subject of case-studies in universities around the world.

PM said, “Pradhan Mantri Awas will become a symbol of empowerment of the poor, empowerment of women and the strength of the rural economy. These will also increase employment opportunities in the villages.”

He said a lot of slogans were raised to remove poverty in the country, but the work that was supposed to have been done was not done. Now poverty is being alleviated with the sincere efforts of the government and with the cooperation of the poor…Women are becoming millionaires through the Pradhan Mantri Awas.

He said PM Awas is the first step towards alleviation of poverty. This is a symbol of the government’s commitment to instill faith in the villages and the poor. When the poor sleep under a pucca roof, then he will be able to concentrate on his children's education and other work with confidence.

Read Also
Madhya Pradesh: Prime Minister Modi is messiah of poor who brought a new dawn in their lives, says... He said, “Our government has provided pucca houses to 2.5 crore poor families in the country, of which 2 crore houses are in rural areas. More than 30 lakh PM Awas have been approved in Madhya Pradesh, out of which more than 24 lakh have been completed.”

He said water is being supplied to more than 6 crore families as a relief to women in the country. Today, 50 lakh families in Madhya Pradesh are very near the stage when they too would have water supply through pipes.

He said a provision has been made for the construction of 80 lakh pucca houses in the country this year which will benefit lakhs of families of Madhya Pradesh also. So far, more than Rs.2 lakh crore has been spent on this scheme.

He said war has adversely affected the economy but efforts are being made that it should not affect the citizens of India.

Referring to the government's efforts in ensuring transparency in schemes, he said names of 4 crore fake beneficiaries were removed from the ration scheme. “They were usurping the rights of the poor. To prevent theft of ration, modern machines have been installed at the ration shops. The fake game has been stopped”, he said.

The PM said Madhya Pradesh has done remarkable work in procurement of food grains leaving behind other states. More than Rs 13000 crore have been given by the Madhya Pradesh government to 90 lakh small farmers.

He said it is our duty to give something to the coming generation and be an inspiration for them. “For this, let us all take a pledge that by next year’s Chetra Pratipada, 75 Amrit Sarovars should be made in every district of the country. These ponds should be new and big”, he said.

Chief minister Shivraj Singh Chouhan said here on Tuesday Prime Minister Narendra Modi is the messiah of the poor who brought a new dawn in the lives of the poor by conductingd griha pravesh of 5.25 lakh beneficiaries of the state. CM said a provision of Rs 10000 crore has been made in the next year's budget in Madhya Pradesh to ensure that all the poor have their own pucca houses. By the year 2024-25, no poor will live in a hut, everyone will have a pucca house. 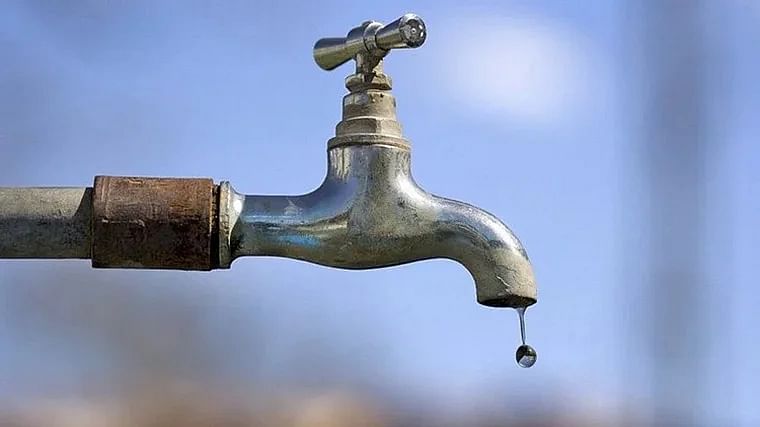