Former BJP minister in Madhya Pradesh, Kanhaiya Lal Agrawal, joined the Congress here on Thursday, on a day an MLA from the grand old party resigned from the state Assembly. 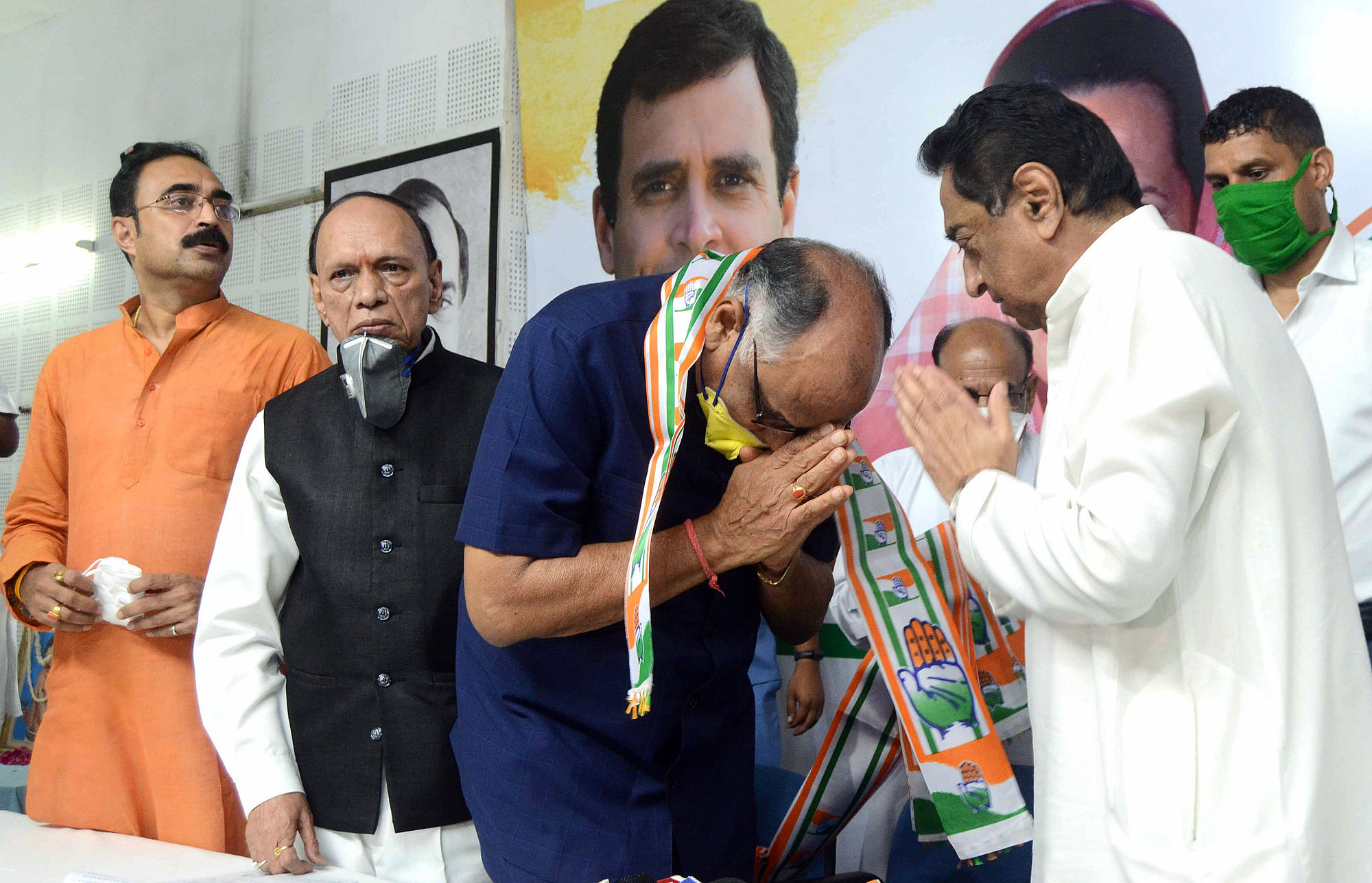 Agrawal's move comes ahead of the yet-to-be-announced by-elections to 27 Assembly seats in Madhya Pradesh.

Agrawal was a minister in 2008-13 during the BJP government led by Shivraj Singh Chouhan, the incumbent state chief minister.

A Congress leader said that Agrawal has been roped in to take on state minister Mahendra Singh Sisodia, a loyalist of Jyotiraditya Scindia, in the upcoming by-election to Bamori assembly seat in Guna.

By-elections are due in 27 assembly constituencies in the state, which have fallen vacant following the resignations of 25 MLAs of the Congress, and death of two legislators earlier.

Talking to reporters after formally joining the Congress, Agrawal said, "I have joined the party as I was impressed by former chief minister Kamal Nath's work." "The way Nathji worked for the people of the state, especially farmers, during the Congress's 15-month-long rule, I decided to join the party," the 72-year-old leader said.

Agrawal, who was denied a ticket by the BJP in the 2018 assembly elections from Bamori, had contested the election as an Independent candidate and pocketed more than 28,000 votes.

He dented the saffron party's vote bank, which facilitated the victory of Congress candidate Mahendra Singh Sisodia, who won that election by more than 27,000 votes and became a minister in the previous Nath government.

Sisodia, a loyalist of Scindia, has resigned in March, following which the Bamori seat fell vacant.

As Sisodia, along with 21 other Congress rebel MLAs had resigned from the state assembly and joined the BJP, he is going to seek a re-election from Bamori seat in by-polls.

Sisodia has been made a minister again in the Shivraj Singh Chouhan government.

A senior Congress leader said that Agrawal is likely to be pitted against Sisodia as the party has almost made up its mind to field him.

When asked whether he has been promised a ticket in the by-elections, Agrawal replied in the negative.

"If I get nominated, I will fight the elections, if not, I will back the Congress candidate (from Bamori)," he said.

Congress's strength in the Madhya Pradesh Assembly has come down to 89, while the ruling BJP has 107 MLAs.