The civic body has neither enough staff nor resources to clean up the city with 100,000 people.
FP News Service 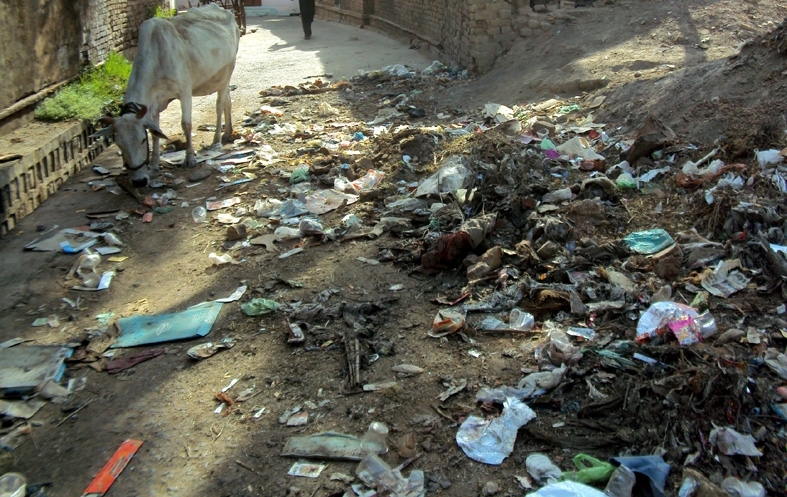 Garbage lying around the city |

Ganjbasoda (Madhya Pradesh): The city has turned into a garbage dump, which is against the spirit of Swachch Bharat Abhiyan launched by Prime Minister Narendra Modi, sources in the civic body said.

The civic body has neither enough staff nor resources to clean up the city with 100,000 people.

Owing to lack of proper staff, the civic authorities cannot keep the entire city clean. As a result, the residents are suffering.

The situation has come to such a pass that water-borne and vector-borne diseases may spread anytime across the city, they added.

Household waste, garbage and polythene packets can be seen lying on the roads, residents said.

Most of the drains are choked but they are never cleaned. As a result, rainwater has accumulated at different places in the city.

The civic body had 12 garbage carriers, but many of them have been out of order for a long time, sources said.

The garbage carriers cannot reach the narrow lanes and those who are living in those places have to come out to put garbage in the vehicles.

The sanitary workers are putting the garbage on the banks of the Parasari river near the houses constructed between ward number nine and ten, sources said.

Similarly, the dirty water coming out of the houses in the new colony accumulates in the alleys as such areas do not have proper drains and roads.