On August 6, six persons posing as CBI officers from Lucknow visited the distillery premises for inspection and committed the crime.
Staff Reporter 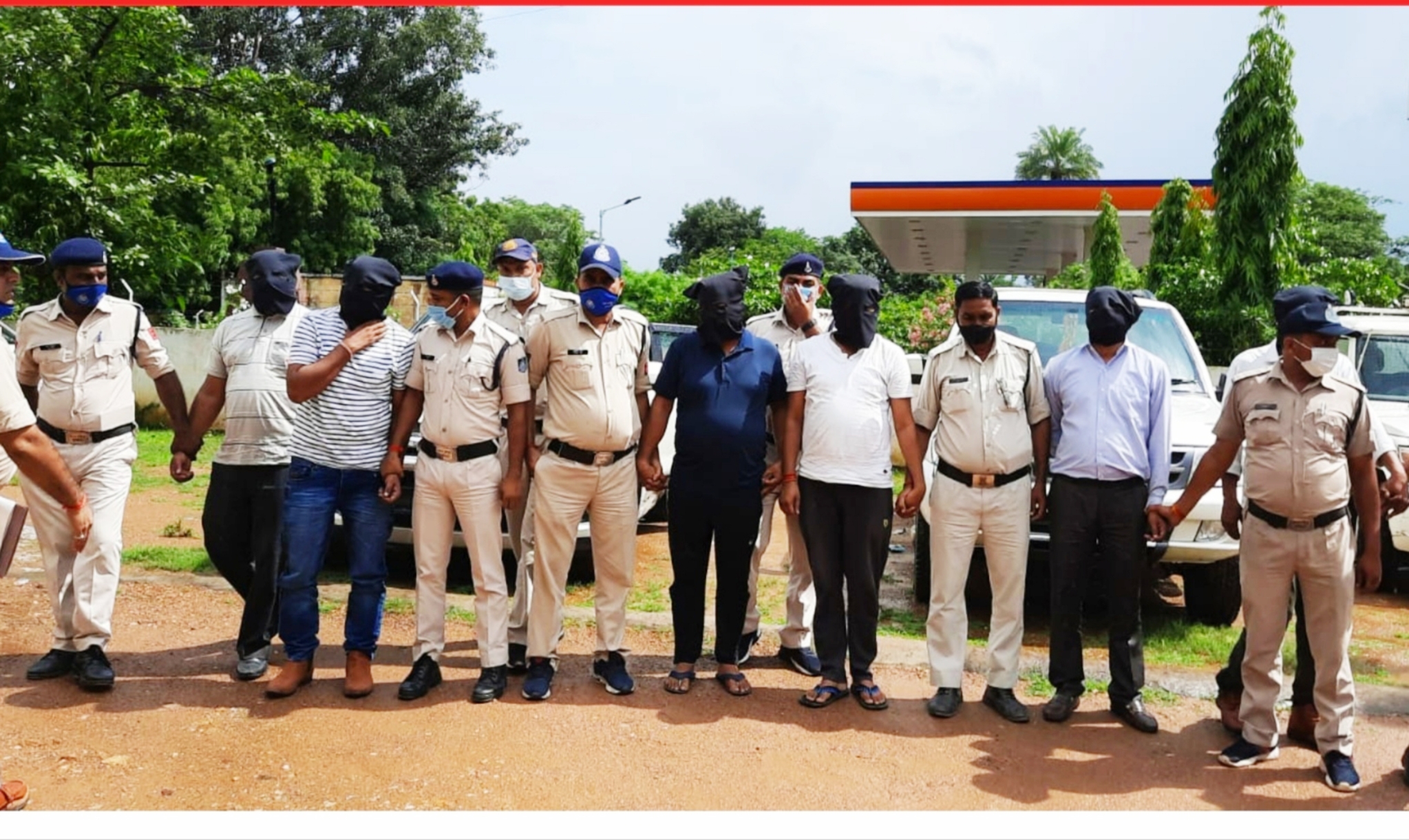 Police with the arrested accused. |

Bhopal: The Chhatarpur police arrested six persons who had robbed a distillery owner posing as official of the Central Bureau of Investigation (CBI). They committed the loot, taking a cue from Akshay Kumar starrer Special 26.

The incident occurred on Friday when 6 persons posing as CBI officers from Lucknow visited the distillery premises regarding an inquiry into Aligarh poisonous liquor case.

The accused asked all the guards to line up at the gate and ordered them not to move. Police said two of them were in uniform and were carrying pistols. When Director Nikhhil Bansal inquired about their identity, one of them claimed to be ASP CBI and also showed him his fake ID card.

They mentioned that they have come to take him to Lucknow regarding non-compliance of previous summons in Aligarh case. The Director told them that he has no connection with Aligarh case and his distillery's liquor is not transported to Uttar Pradesh. Then, one of the men in uniform came forward to settle the case by demanding ransom.

The Director requested them to allow him to call a lawyer. When their tricks didn't work, one of them took out his pistol to threaten them and looted Rs 2 lakh. They also took DVR to hide the CCTV camera recordings of the incident.

On being informed, the, Naugav Police lodged an FIR against six suspects.

Chhatarpur: Villagers object to caste-related Name Given to their hamlet, school