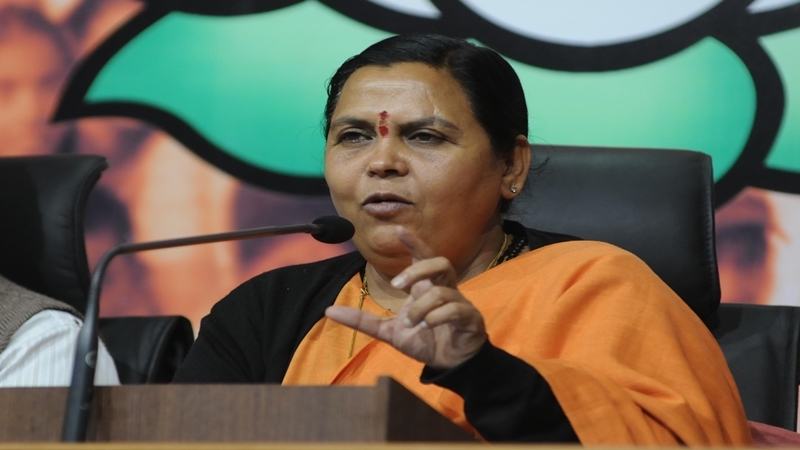 BHOPAL: Former chief minister Uma Bharti said that there is no challenge to Chief Minister Shivraj Singh Chouhan in Madhya Pradesh and BJP will win all the seats going for bypolls in the state.

“Years ago, Rajmata Vijayaraje Scindia had withdrawn support and toppled the Congress government to strengthen Jan Sangh. This time, Jyotiraditya Scindia did the same. Now we have to push development in Madhya Pradesh. There is no challenge to Shivraj Singh Chouhan in MP,” said the BJP leader at an election rally in Raigaon constituency.

BJP has pitted Pratima Bagri against Congress candidate Kalpana Verma.said Bharti. Seeking vote for BJP candidate, Sadhvi said, “For a short period, I was out of BJP but people told me and I accepted people’s suggestion and re-joined BJP. As I accepted your suggestions, now you should also listen to me and my request to you is to vote for Pratima Bagri in Raigaon.”