The commission has asked the collector and chief medical and health officer of district Singrauli to submit their reply within three weeks, said the officials, here on Thursday.
Staff Reporter 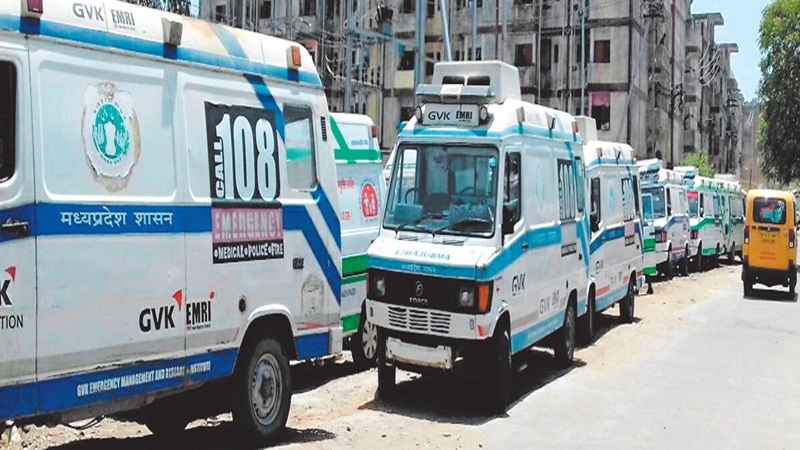 BHOPAL (Madhya Pradesh): Madhya Pradesh Human Rights Commission on Thursday sought a reply from Rewa district authorities, taking cognizance of an 108 ambulance driver refusing to ferry a pregnant woman to hospital as her family failed to pay him Rs 1000 .

The commission has asked the collector and chief medical and health officer of district Singrauli to submit their reply within three weeks, said the officials, here on Thursday.

The family in Kuthar area had called the 108 ambulance to take a pregnant woman to hospital as she had labour pains.

When the ambulance reached the village, its driver asked the family to pay Rs 1000. Since the family was not in position to pay the amount, the ambulance went back leaving the woman behind in pain.††The commission has asked the authorities to prepare a report and submit it within three weeks.

On the direction of Madhya Pradesh Human Rights Commission, the administration has paid††Rs 4 lakh ex gratia to the family in Rewa which has lost their daughter.

Mohni, daughter of Ramdas Kewat, had drowned in a pond in village Silchat on May 21, 2020.

The deceasedís father had filed for financial aid at the tehsil office. The officials, however, †refused to grant an ex gratia amount to the family. The family approached the commission and the latter after going through the matter directed the authorities to pay Rs 4 lakh ex gratia to the family.

The officials submitted a report to the commission that they have handed over the amount to the affected family.