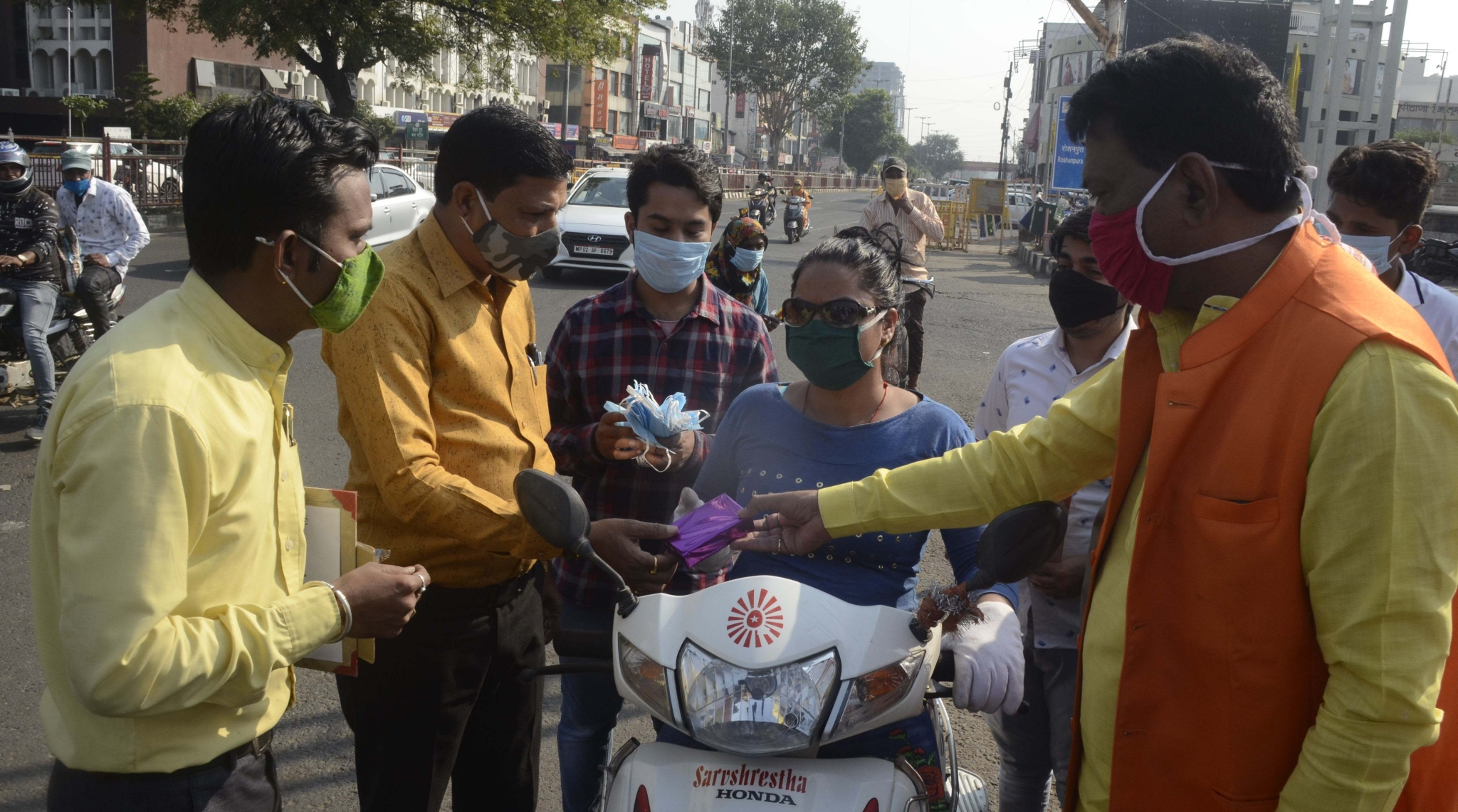 The corona-positive rate, however, reduced nominally and it is now 4.8 per cent. Major cities, such as Indore, continued to lead the state in the Covid count with 572 corona-positive cases and its tally rose to 39,966 with a toll of 746. Gwalior and Jabalpur reported 69 and 48, respectively. Covid-19: Plea in NGT over disposal of masks, gloves in public places, offices in MP