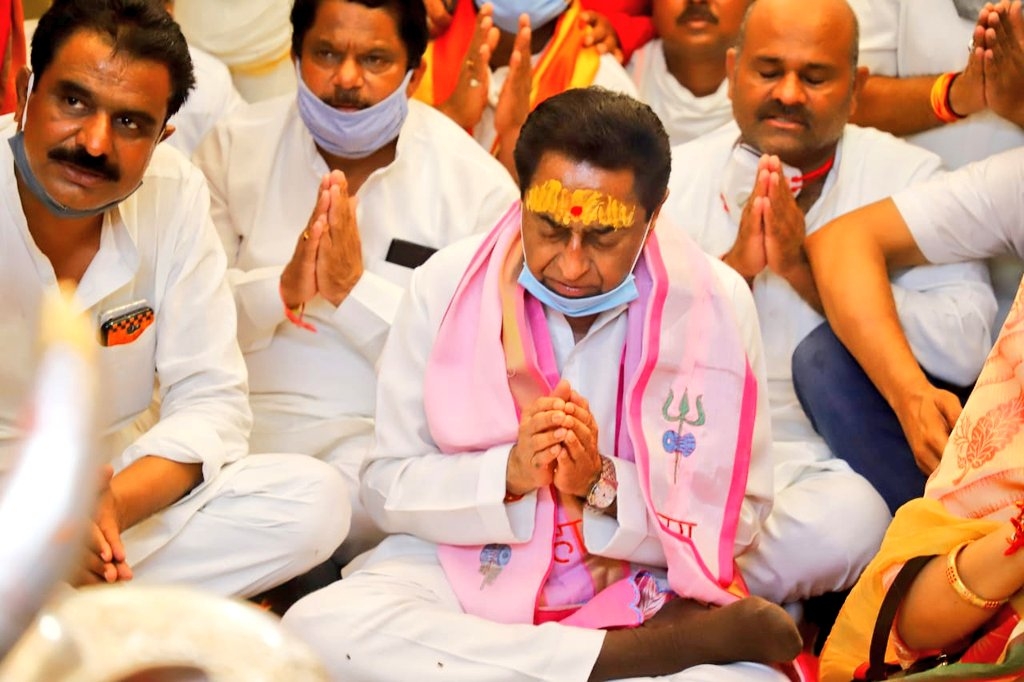 Bhopal: Madhya Pradesh Congress chief Kamal Nath will host a recital of 'Hanuman Chalisa' at his residence here on Tuesday, a day before the ground-breaking ceremony for Ram temple construction in Ayodhya.

All COVID-19 protocols will be strictly followed during the event, Congress spokesman Bhupendra Gupta said on Sunday.

On Saturday, Kamal Nath said a Ram temple is being constructed in Ayodhya with the consent of every Indian.

Asked about the reason behind the event being organised by the former state chief minister, Gupta said Tuesday is an auspicious day.

"Nothing should be read into it. It is purely a spiritual event," he said.

On 'Hanuman Jayanti' in April, Nath could not hold a grand annual religious event in his constituency Chhindwara in the wake of the fall of his government, he said.

Some years ago, Nath, who was then a member of Parliament, got a 101-feet-tall statue of Lord Hanuman installed in Chhindwara district, he added.

In March this year, 22 rebel Congress MLAs, loyalists of former Union minister Jyotiraditya Scindia, resigned from the party, leading to the fall of the 15-month-old Kamal Nath government in the state.

Following the rebellion, Kamal Nath resigned as chief minister on March 20, paving the way for the BJP to return to power in the state.

Since March, 25 MLAs have so far resigned from the Congress as well as the state Assembly.