Gujarat police would approach the court and would seek transit remand of Sarbjeet Singh Mokha and his associate Devendra Chourasiya, who is also in jail.

Bhopal/Jabalpur (Madhya Pradesh): A team of Gujarat police on Wednesday reached Jabalpur for questioning Sarbjeet Singh Mokha in connection with procuring and administering fake Remdesivir injections, which is used in treatment of Covid-19 patients.

Meanwhile, Mokha, director of a private hospital and also former Vishwa Hindu Parishad (VHP) leader, was sent to jail on judicial remand after being produced in the court on Wednesday morning.

Sources said that Gujarat police would approach the court and would seek transit remand of Mokha and his associate Devendra Chourasiya, who is also in jail, in connection with a case registered in Morbi district of Gujarat.

The racket of procuring and administering fake Remdesivir injection was busted by Gujarat police after arresting one Sapan Jain from Jabalpur. Jain, who runs a medical store in Jabalpur, has a dealership of a pharmaceutical company.

According to sources, Gujarat police had arrested two persons selling fake Remdesivir injections in Morbi district. During the course of interrogation, the accused revealed the name of Sapan Jain.

Gujarat police arrested Sapan Jain from Jabalpur on May 7 who later revealed the name of Sarabjeet Singh Mokha.

On getting information, police carried out a raid at City Hospital, Jabalpur and recovered a large number of Remdesivir vials stored in the hospital. On further investigation, it was found that Mokha, in connivance of his associates, was procuring fake Remdesivir and administering them to patients admitted at his hospital.

A police officer said that Mokha had procured nearly 500 vials of fake Remdesivir injection from Gujrat.

Superintendent of police (SP) Jabalpur Siddharth police, confirming the arrival of Gujrat police to Jabalpur, said that Jabalpur police were in touch with Gujrat police team. “We are sharing all information regarding the case. Mokha and some others are wanted in the case registered in Gujrat. Now, Gujrat police want to interrogate them,” he said, adding that Mokha, who was later booked under National Security Act (NSA) was sent to jail after being produced in the court. 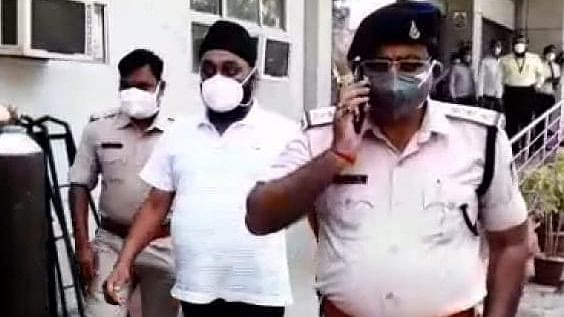 'The one who killed my daughter should be caught, so that my daughter rests in Peace': Father of an...