The students and their parents have raised concern before the school administration, but to no avail.
FP News Service 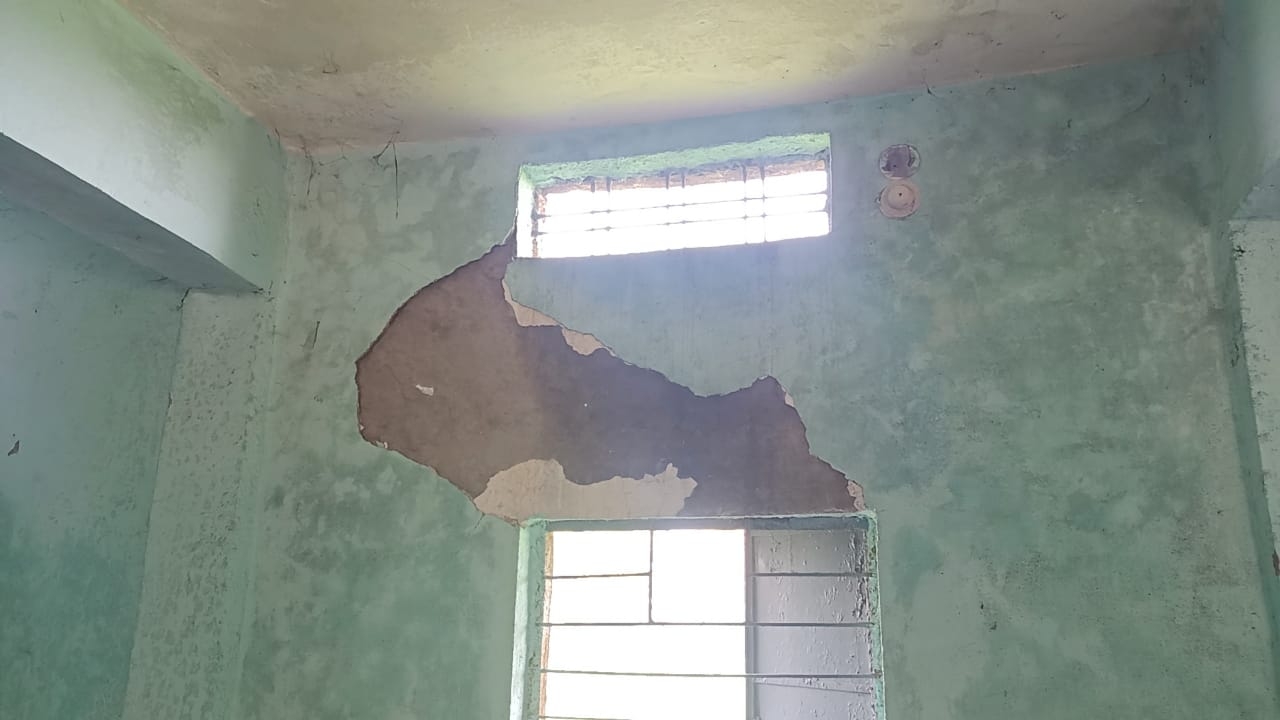 Jabalpur (Madhya Pradesh): The cracked walls and the damaged roof of Government Higher Secondary School, Chargaon is posing threat to the lives of 538 students.

The students and their parents have raised concern before the school administration, but to no avail. The students said that they are not able to concentrate in the classroom, as they have to keep watch on broken ceilings and damaged roofs.

Recently, a girl had sustained serious injuries on her head and shoulders as broken plaster fell on her.

“How can we focus on study when we have to focus on cracked walls and roof?,” said Priya Lodhi, a student.

Another student Anjali Patel said that whenever students entered the classroom, they first prayed to god to save them. “It is horrifying. Any time, this school building can collapse,” she said.

According to information, the school building was constructed at Rs 28 lakh, around seven years ago. But soon, it turned into a dilapidated state. 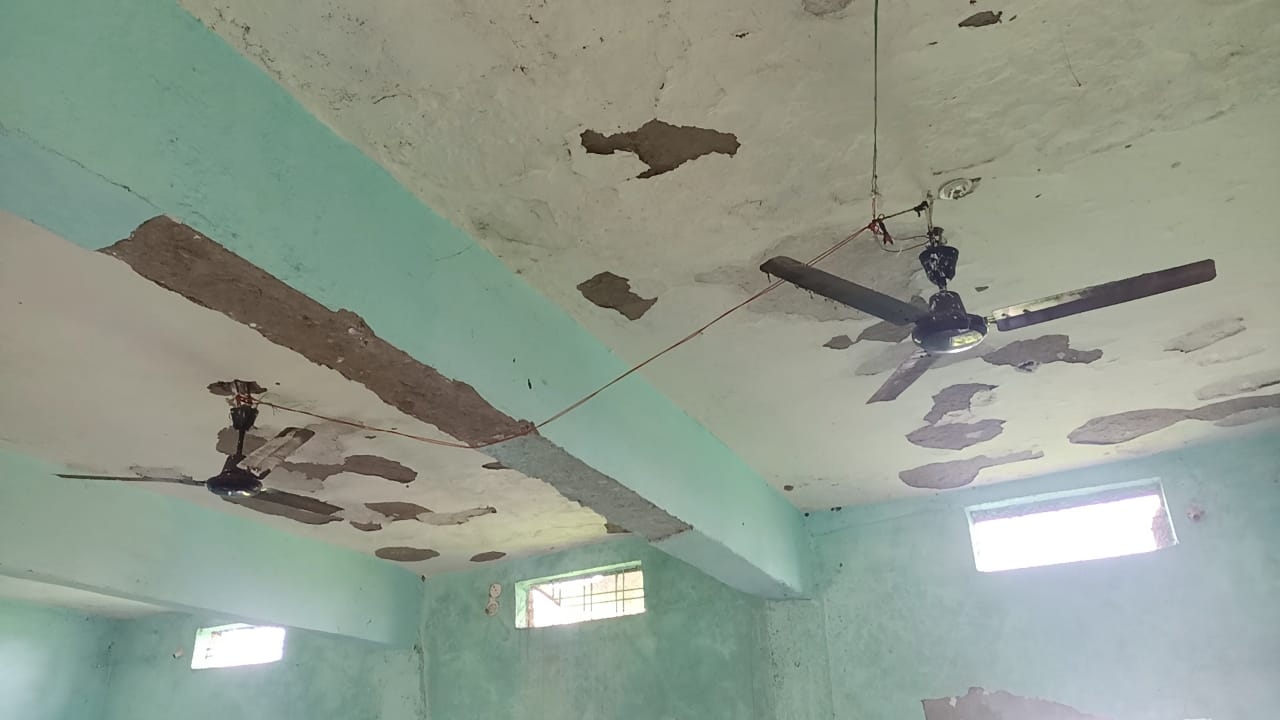 It has eight rooms. As four rooms have been completely damaged, the school administration has permanently closed them to avoid any untoward incident.

Now, 538 students are forced to study in just four rooms.

Notably, a class-7 student had died after damaged portion of the roof of a government school building at Gundarai village under Belkheda police station.

A teacher of Government Higher Secondary School, Chargaon, wishing anonymity said that it seemed that the administration didn’t take any lessons from the Gundarai incident. They are perhaps waiting for another such incident, the teacher said. 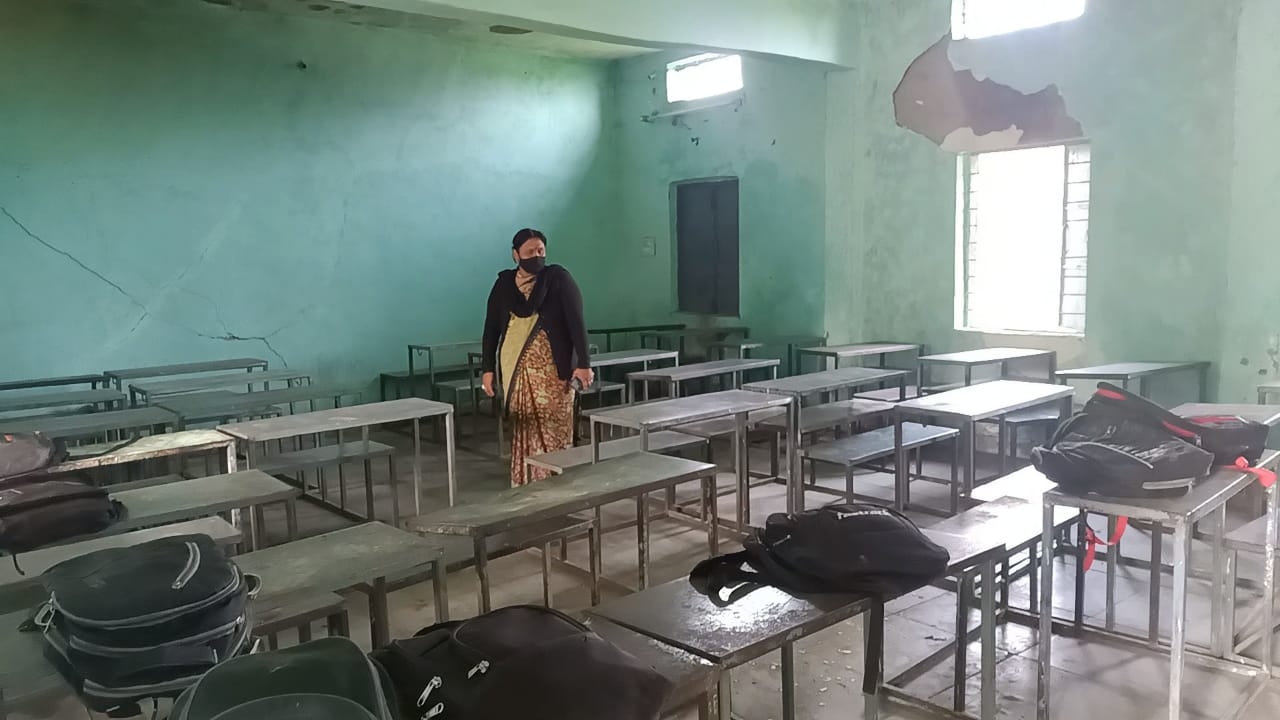 The district education officer (DEO), Ghanshyam Soni said that he was not aware about the school building condition. “I will send a team for inspection and then, I will summon the contractor for repairing the school building” he said.

(With input from Shiv Choubey, Jabalpur)