Heavy police deployment was made near the hospital to stop party workers from going inside.
Staff Reporter 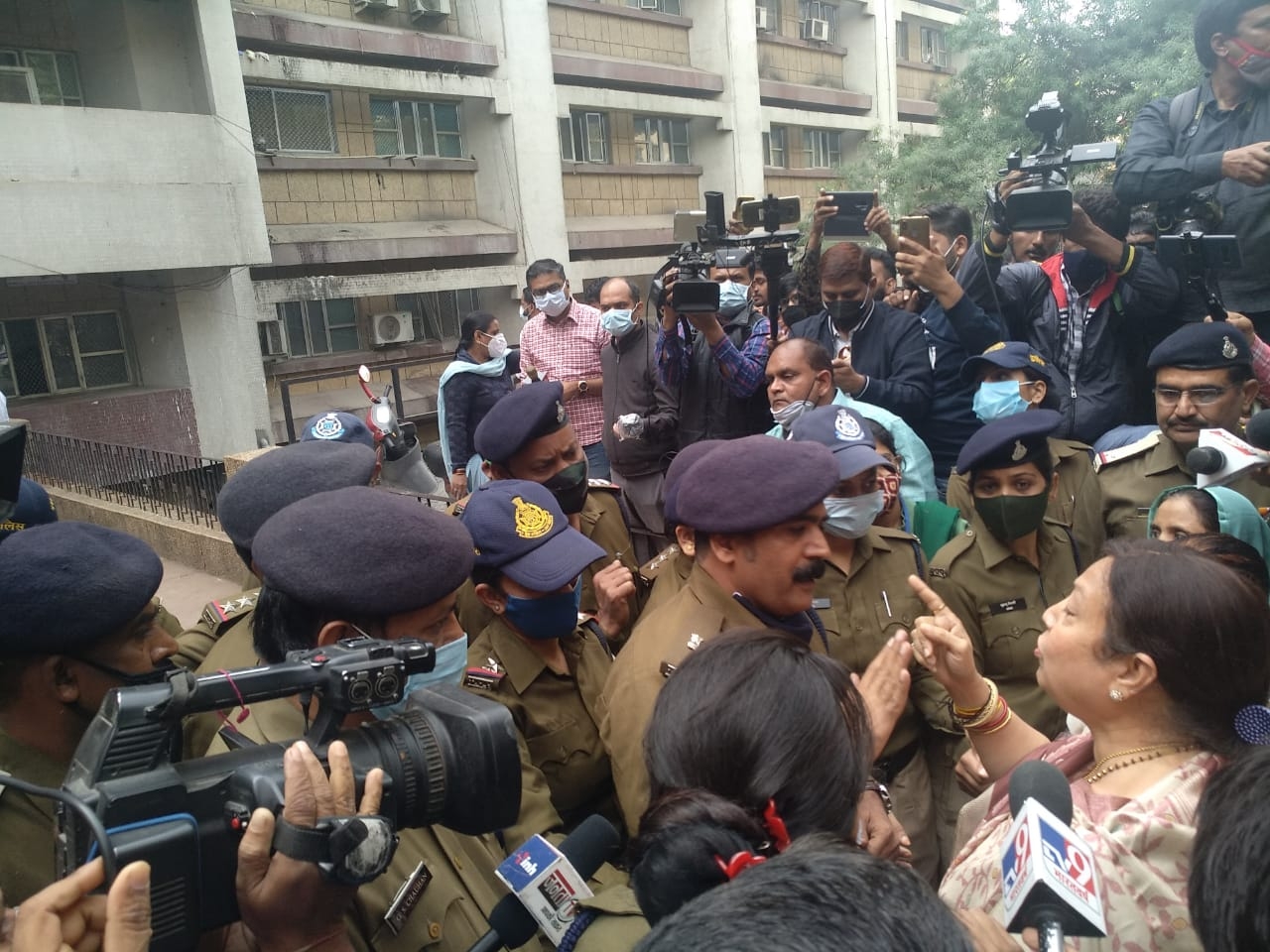 Heavy police deployment was made near the hospital to stop party workers from going inside.

Archana Jaiswal, president of Madhya Pradesh Mahila Congress, told reporters, "Why can't I go inside the hospital? Why can't a woman go inside? I am a woman, a mother, a public representative and president of the Mahila Congress. Why should I not go when a mother is crying and a father is saying that he would not accept a dead child after he was given the wrong body? Do I have a gun in my hand? These officers do not apprehend thieves, but are apprehending me." Congress leader PC Sharma said that he will meet Prime Minister Narendra Modi regarding the issue.

Congress leader PC Sharma said that he will meet Prime Minister Narendra Modi regarding the issue.

"It is chaotic. Women are standing looking out for their children and grandchildren who are undergoing treatment. But the government has failed. It is the responsibility of the health department and the Chief Minister. A sitting high court judge should probe the matter," he added.

As many as four children died after the children's ward of Bhopal's Kamla Nehru Hospital caught fire on Monday night. As per state Medical Education Minister Vishvas Sarang, 36 other children inside the ward are safe.

Sarang also announced an ex-gratia of Rs 4 lakh for the parents of each deceased child.

Madhya Pradesh Chief Minister Shivraj Singh Chauhan condoled the death of the children and ordered a high-level inquiry into the incident. Hospital Fire Update: This is a case of criminal negligence, stringent action will be taken, says...