Hockey in Bhopal: VRH versus HIM Academy becomes highlight of the day with intense 3-2 win by former

The match became rather intense after third quarter passed without any goal.
Staff Reporter 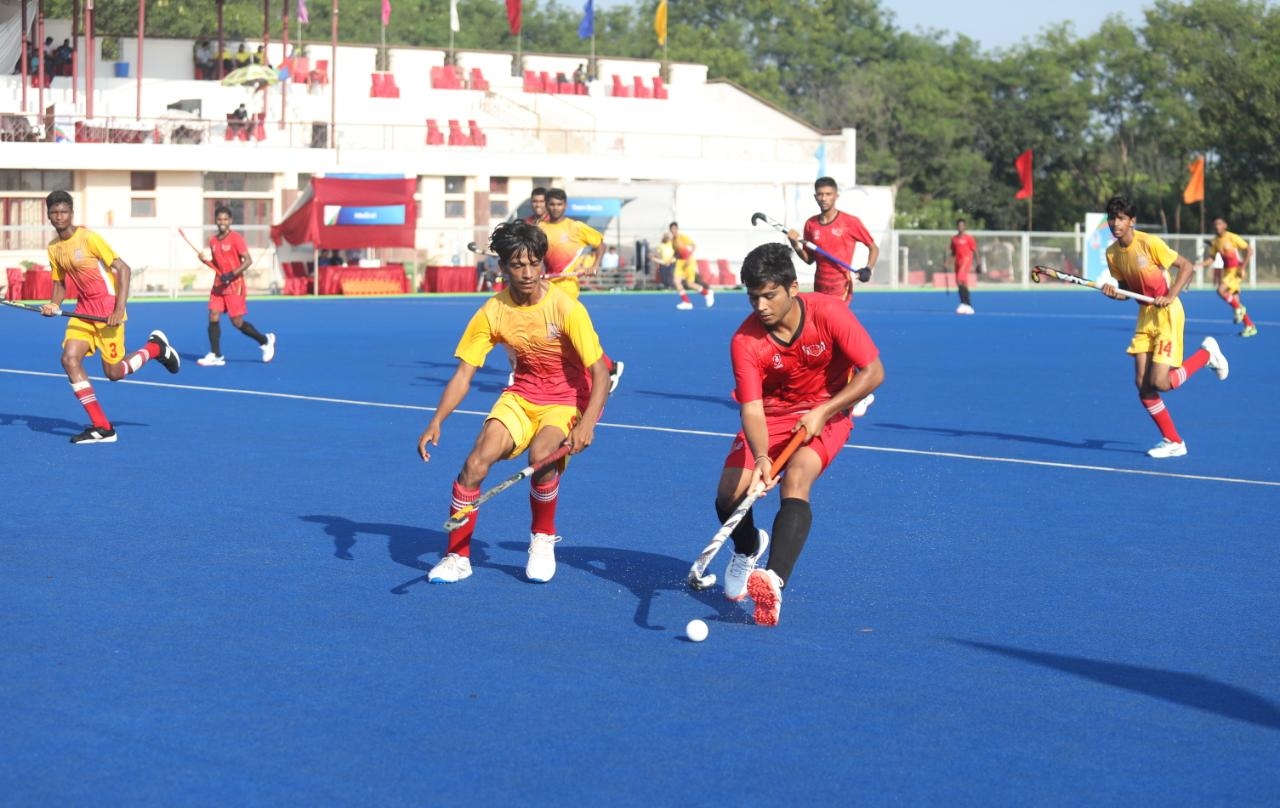 HIM Academy from Haryana was defeated in the fourth league match of the day where Vedipatti Raja Hockey Academy won by 3-2. The VRH Academy scored 2-1 in the first quarter. The HIM academy equaled the scores with a response goal in the second quarter.

The match became rather intense after third quarter passed without any goal. VRH Academy took away the match by one last goal in the fourth quarter.

Namdhari XI defeated Bhai Behalo Academy by 15-1 during the second match of the day. Namdhari XI scored 10 goals in first three quarters and the rest five in the fourth quarter. The opposing team could score only one, that too in the last quarter.