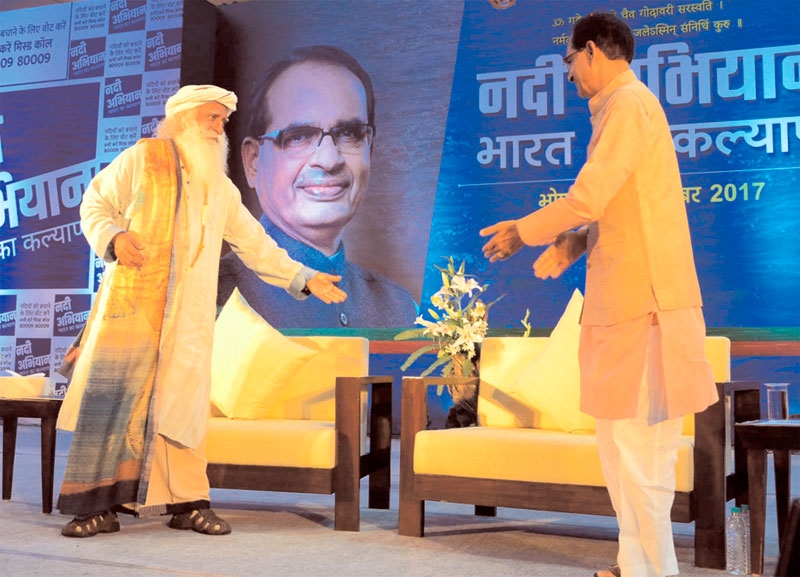 BHOPAL : Isha Foundation founder Jaggi Vasudev on Saturday said Indians use water but they do little to conserve rivers.

‘‘Every problem has a solution and the nation needs a national policy not only for the river conservation but also for the soil and plants,” he said while speaking at a function held at CM House on Saturday. He arrived in city with ‘Rally for Rivers’.

He said water is a vital need but the governments are apathetic towards water conservation projects. “On October 2, we are going to present our findings regarding the state of rivers to the Government of India and also to the state governments,” he added.

Speaking at the function, chief minister Shivraj Singh Chouhan said that he decided to launch a massive tree plantation drive along Narmada river after  consultation with Jaggi Vasudev.

Chouhan said Madhya Pradesh is the first state in the nation to launch a river conservation project in the form of the Narmada Seva Yatra.

He said rivers are dying due to lack of conservation. “Rivers like Kshipra and Betwa have almost dried. The flow of water level in Parwati and Tapti has reduced considerably,” he said.