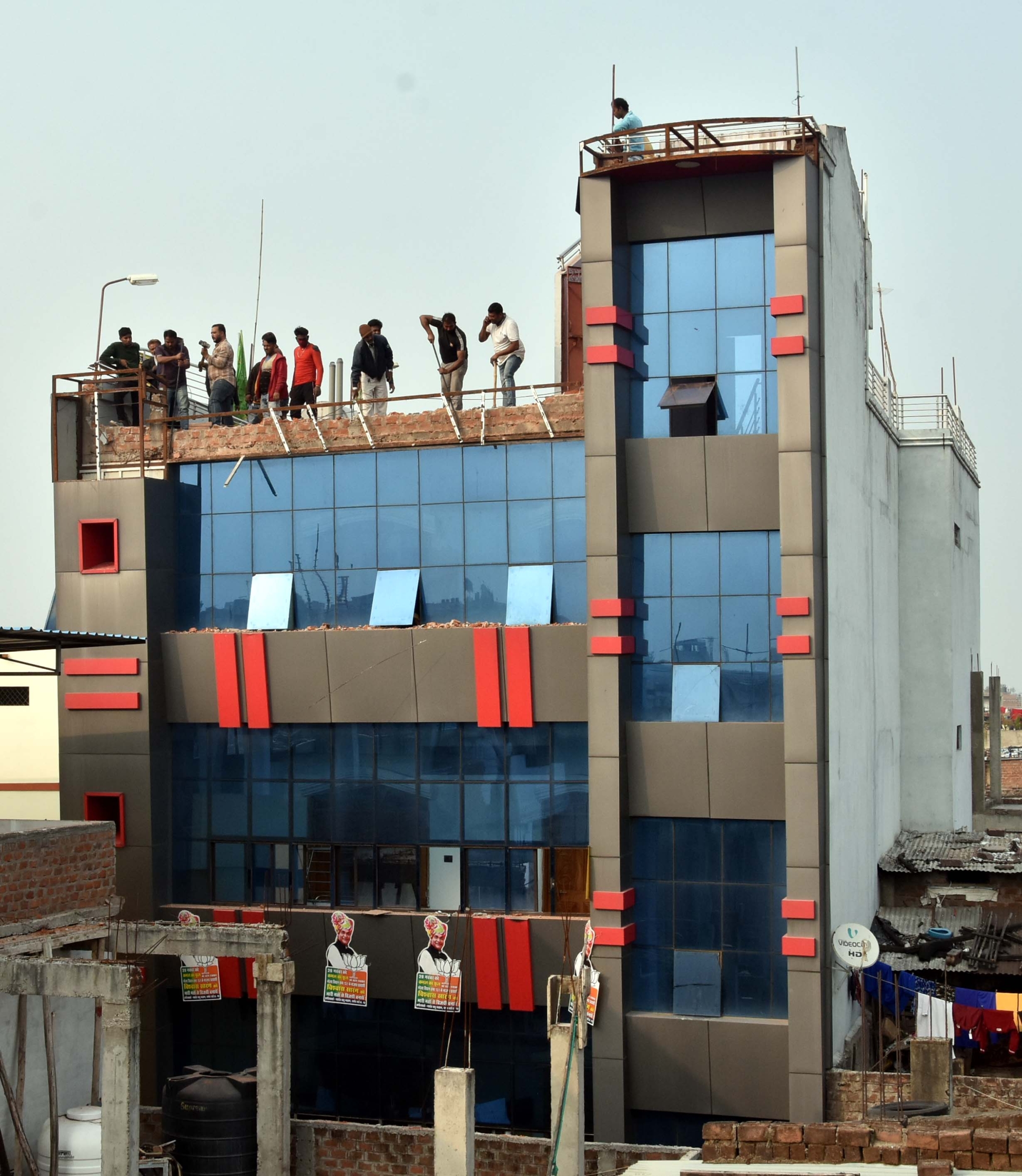 BHOPAL: Land mafia Babu Mastan’s three- storey building was reduced to rubble and land worth crores of rupees was freed from encroachers on Tuesday. Going ahead with its drive against land sharks in the city, the district administration and the Bhopal Municipal Corporation targeted the illegal structures that have come up illegally in the city as well as on its outskirts. The administration freed 90,000 sq ft land worth Rs 18 crore from encroachers Vijay Maran, Mastan Maran and others in Neelbad, Huzur.

The administration has also started identifying the illegal properties of gangster Iqbal Mirchi, the right-hand man of Dawood Ibrahim, in the state capital.

An illegally constructed shopping complex was brought to ground by the removal gang in Neelbad. Raju Kabadi’s dhaba in Bisenkhedi was demolished and administration brought under its possession around 41 acre encroached land. Land fencing in Neelbad, and Bisenkhedi is being carried out by Bhopal Municipal Corporation (BMC).

Besides, an illegally constructed building owned by land mafia Ashok Goel was razed down at Kilol Park (Professor Colony). The building had come up in the vicinity of District Malaria Office.

Illegally sold liquor seized from restaurants: Excise department team seized liquor sold illegally at Moksha, Rasta and other restaurants in Lalghati and Bairgarh. Indian-made foreign liquor (IMFL) and 10 lt whiskey was seized from restaurants. In all 43 quarters of country liquor was seized from Samtra Bai(Bilkhiria) and 23 quarters from Shatrudhan of Neelbad. Case under 36(a) and 36(B) of MP Excise Act was registered in case of IMFL seizure and Section 34(1) of MP Excise Act was registered in country liquor seizure.