Force must be reimagined as ‘service’, not merely in name but in action, writes Anurdha Shankar, Additional director general of police (Training), Madhya Pradesh 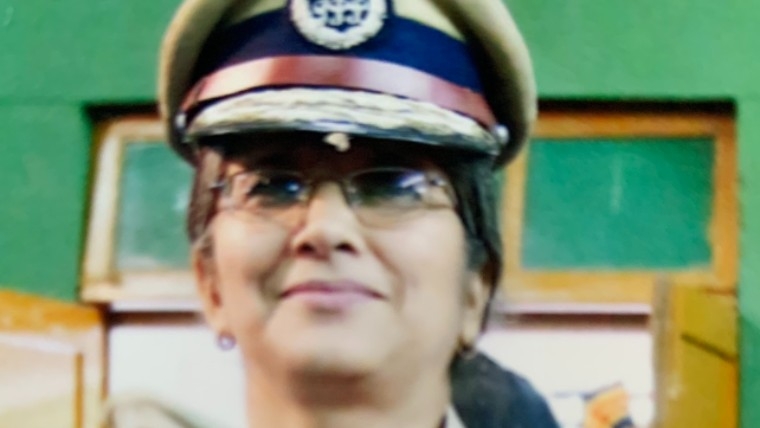 Force must be reimagined as ‘service’, not merely in name but in action, writes Anurdha Shankar, Additional director general of police (Training), Madhya Pradesh |

“Yours (Police) is the responsibility to maintain the prestige of the government and protect the honour of the citizens. It is not enough if you only detect crime and bring offenders to book. You must also try to win the affection of the people.... A police officer or policeman who loses his head in handling a situation is not fit to be a member of the police force”, thus spoke Sardar Vallabh-Bhai Patel, the acknowledged architect of independent India’s police. Honourable expectations indeed.

However, this was a police which had satisfactorily served the British Raj under the aegis of an Act of 1861, formulated soon after the first War of Independence in 1857 which had demonstrated the capacity of Indians to unite despite bewildering diversity.

This was a ‘nation’ where it just took a bark from Brig-Gen Dyer for the native sepoys to fire deadly bullets on a peaceful gathering of compatriots at Jallianwallah Bagh on Baisakhi Day 1919. Part of this police was also inherited from the ‘princely states’ who had no qualms in requisitioning a Major Bailey and a Captain Stiley to massacre hundreds of their own ‘praja’ in the Mangarh hills of Banswara on 17 November 1913.

None of the regiments involved in such horrors, inherited by India and Pakistan, have expressed any shame, not even regret, while we insist on an apology from Britain.

Look at the images of any protests during the British Raj, focus on the stance and expression of the lathi-wielding policeman and compare it to any contemporary ‘law and order situation’ being ‘handled’. The pressure to control, manage and wrap up any gathering reflects in the often overwhelming reaction of the police. The ‘maintenance’ of public order is not a collaboration between police and citizenry, it is by default an adversarial relationship.

The Constitution of India envisages the Executive, of which police is an essential part, as a change agent for a diverse society riven by disparity. From fundamental rights to schedules addressing vulnerabilities, it seeks to guarantee opportunity and participation. This must presume the same assurances for its own instruments.

The Executive, alas, is anything but participative and gives no opportunity for any person to move beyond the stated perimeter of their recruitment. This hierarchical structure with little exogamy or even conversation, has stultified the police more as the ‘Forces’ may not form an Association to place their grievances.

There have been many attempts to study the ailment and a galaxy of Police Commissions have forwarded their recommendations to lawmakers. The National Police Commission of 1977 submitted eight reports from 1979 to 1981 dealing with police structure and behaviour, public complaints, political interference, investigation, accountability etc, a fairly wide spectrum.

The Ribeiro Committee of 1998-99 was directed by the Supreme Court to examine how much dust the NPC recommendations had gathered. This Commission submitted two crisp reports summarising the NPC and adding further contemporary suggestions.

This was followed by the Padmanabhaiah committee of January 2000 whose mandate went beyond the times to help build a police for the new millennium. The report came in August of the same year and suggested core changes from recruitment and training to special investigations.

Parallel to these, a well-known PIL was filed in the Supreme Court which resulted in the Prakash Singh & Ors vs. Union of India & Ors Judgement of September 2006. Informed by the ongoing PIL, Government of India set up the Police Act Drafting Committee with Soli Sorabjee as the Chairperson in 2005.

A Model Police Act was submitted to the Government in 2006. It was a fair enough template for a transparent contemporary police. This became part of the reformatory directives issued by the Supreme Court in the Prakash Singh PIL through 2006-7. These directives, deemed mandatory for the States of the Union have met with befuddling resistance.

Not more than twenty states have drafted or enacted a fresh Police Act or formed the various instruments of accountability like a State Security Commission, Police Establishment Boards, Police Complaints Authority etc. Some have used every dilatory tactic to delay the compliance of Apex Court orders, others have diluted every tenet and produced some eyewash. Only a few States have found it in themselves to enact actual reforms.

What then, is the way forward? The people of India who pay for their government even as they buy salt or soap, must ask for their own police. Debates must awaken civil society and the ‘Force’ must be reimagined as a ‘Service’, not merely in name but in action. An instrument which negotiates not only liberty and dignity but life itself the police must not only come from the people but be with people.

Much as one would like to imagine and aspire to the state of self-regulation where police as an entity would be superfluous, it is not likely to be realised in the foreseeable future.

Even Mahatma Gandhi had to say, “Nevertheless, I have conceded that even in a non-violent State a police force may be necessary. This, I admit, is a sign of my imperfect Ahimsa. I have not the courage to declare that we can carry on without police force... The police of my conception will, however, be of a wholly different pattern from the present-day force. Its ranks will be composed of believers in non-violence. They will be servants, not masters of the people. The people will instinctively render them any help, and through mutual co-operation they will easily deal with the ever-decreasing disturbances. The police force will have some kind of arms, but they will be rarely used, if at all. In fact the police men will be reformers.”