PV Rajagopal, a close associate of Subbarao a threw light on the life and works of the Gandhian.
Staff Reporter 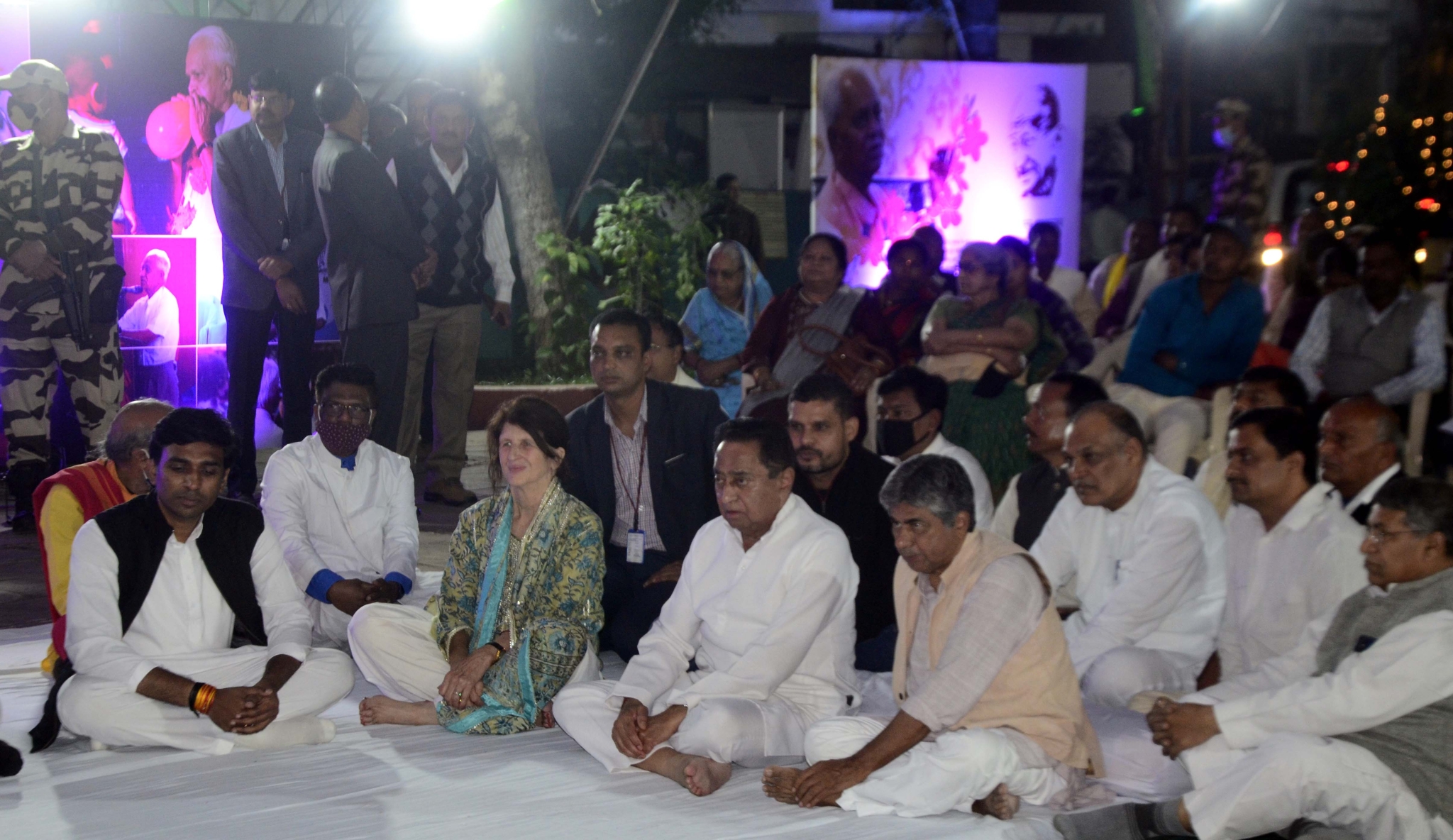 Congress leaders and others at prayer service to pay tributes to Subbarao, who had passed away last month | FP

BHOPAL: Former chief minister and state Congress chief Kamal Nath has said that the followers of different religions can come closer by following the ideology of veteran Gandhian SN Subbarao. He said that we all should resolve to bridge religious differences in the country. "That would be the best tribute to him," Nath said.

Nath was speaking at an event organised at the Gandhi Bhavan to pay tributes to Subbarao, who had passed away last month.

PV Rajagopal, a close associate of Subbarao and the founder of Ekta Parishad, threw light on the life and works of the Gandhian. He said that the instead of condoling the death of persons like Subbarao, we should better draw inspiration from their lives and take a vow to tread the path shown by them.

Among others, Dayaram Namdev, secretary of the Gandhi Bhavan Trust and state Congress vice president Ashok Singh paid their respects to the departed leader. An all-religion prayer meeting was also organised.