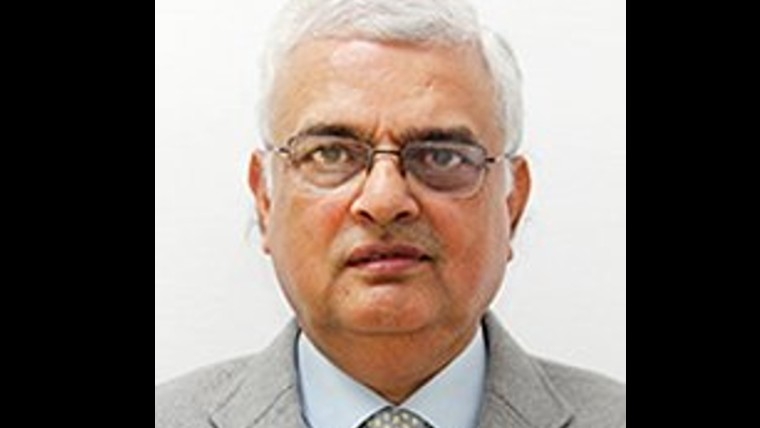 Elections provide well springs of legitimacy to the political leadership in democratic polity. Therefore, high level of Electoral Integrity (EI) is imperative for a healthy democracy. This can only be ensured by looking at all the indicators of EI regularly and after every election and focus on reforming the weak areas, processes, laws, and any other element necessary to improve the election’s credibility.

Thus, electoral reforms are key to deliver free, and fair elections with integrity. India’s electoral journey has been following this course with grit and determination and with whole hearted support of all stakeholders. Here follows a bird’s-eye view of this journey:

Although India had Republics and other democracies like Sanghas and Ganas around 2700 years back from now, Indian population tasted democratic process of elections in recent times only after Govt of India Act 1919 ushered in limited franchise based on holding of property, payment of taxes and membership of certain institutions.

Just about 2.5 % (as against 65% now) of population could enrol for voting in first elections in 1921. After Independence, India’s Constitution which came in to force on 26th January, 1950 provided for Universal Suffrage, voting right to all adults above the age of 21 years (this was lowered to 18 years by 61st Amendment to the Constitution).

Outgoing rulers had given Universal Suffrage in Britain to all males in 1918 and females were included only in 1928. Therefore, they voiced their opinion that independent India would go to ruin by ushering in universal suffrage. All such doom sayers have proved wrong and India’s democracy is not only surviving but thriving at the age of 74 after Independence. Thus started our journey of electoral reforms with a bang.

Literacy level at the time of Independence was abysmally low (overall around 12% with female literacy 8%) in our country. Therefore for first General Election ( GE) in 1951-52 multiple ballot boxes were used at a polling station, one for each candidate. These had different colour and name and symbol of the candidate were there for voter to choose and place his/her ballot in the chosen ballot box. Even second General Election in 1957 had similar polling system. A ballot paper with the names and symbols of all the contesting candidates seeking election to the constituency was introduced in 1962 GE.

When political stresses and strains were visible on the horizon the then Chief Election Commissioner promulgated The Election Symbols (Reservation and Allotment) Order, 1968 which had to be used immediately in 1969 for deciding about which division of a national party would inherit its election symbol. This filled a void in law of that time.

Towards the end of last decade this was used to decide recognition of one of the breakaway groups of AIADMK, Samajwadi Party and Janta Dal ( United). Paragraph 16A of this order gave powers to Election Commission of India to penalize a political party which fails to comply with Model Code of Conduct or Election Commission’s lawful orders.

A land mark ruling of Hon Supreme Court in “M S Gill and Another Vs Chief Election Commissioner”1978 AIR 851; recognised that whenever existing laws do not provide for tackling a situation emerging before CEC, he is not supposed to fold his hands and pray to God for divine inspiration to tackle the challenge but instead he should exercise his power in conformity with the existing laws and complete the election process expeditiously in free and fair manner.

This plenary power has been gainfully used by the Election Commission in meeting various kinds of challenges thrown during elections. Election to two Legislative Assembly seats were countermanded, due to excessive distribution of money in 2016, exercising these powers as there was no provision in law to cancel a poll vitiated by abuse of money power.

The Election Commission used EVMs in 50 polling stations in 1982 election to Paravur in Ernakulum District of Kerala but Hon Supreme Court ordered that existing law and Rules did not provide for voting by EVMs and therefore EC should conduct poll in these 50 booths with ballots. It was only in 1992 Rule 61 A was inserted to Conduct of Election Rules, 1961 to use EVMs for voting and thereafter EC has been using EVMs extensively since 1998 and now universally.

In 2013 Hon Supreme Court ordered that Voter Verifiable Paper Trail should be incorporated to ensure that voter can visually see his vote is going to his chosen candidate. EC introduced VVPAT (Voter Verifiable Paper Audit Trail) machines in conjunction with EVMs in a limited number initially and since 2017 universally to give a higher level of confidence to voter as also to have a hard copy record of voting.

These two technological improvements have made polling and counting processes quite smooth and booth capturing, ballot stuffing etc. has almost been forgotten. However, time and again allegations of EVM tampering surface mainly from the losing party.

ECI held an EVM Challenge in June, 2017 open to political parties and thereafter put up a EVM STATUS PAPER in public domain ( eci.gov.in) answering all questions in this context and clarifying all doubts in this regard. In addition, VVPAT slips of randomly selected five polling stations in every Assembly segment are physically counted and this is matched with electronic count to create another level of confidence.

TN Seshan, the 10th Chief Election Commissioner of India ( 12th December 1990 to 11th December 1996) known as the father of electoral reforms in India brought about strict enforcement of Model Code of Conduct and penalised violations, ushered in Electors’ Photo Identity Cards ( EPIC), curbed graffiti on the walls for campaign purposes, got statutory backing for Election Observers in Sec 20 B of Representation of People Act 1951, and many more. So much so that in 1993 the political parties came together and ensured that his wings were clipped by making Election Commission as a three member body with the stipulation that ordinarily the decisions would be taken unanimously and whenever there was a difference of opinion the majority shall prevail.

Paid news became a serious threat to free and fair poll in the beginning of 21st century and therefore Election Commission set up the Media Certification and Monitoring Committee ( MCMC) for the purpose. Proven paid news cases resulted in disqualification of quite a few elected representatives.

Election Commission initiated development of secure technology for one way journey of postal ballot electronically and this is now called e-postal ballot. Government also promptly amended the Rules and e-postal ballots were provided to Service voters with effect from 2017 polls. This enhanced the participation of armed forces personnel in polling considerably.

To further facilitate Service voters de novo enrolment of Service Voters was carried out in collaboration with the Services HQs. These efforts resulted in voting percentage by Service Voters jumping from a mere 3% earlier to more than 60% with e-postal ballot.

A Systematic Voter Education and Electoral Participation ( SVEEP) programme was launched in 2010-11 to enlighten voters on the importance of voting as also the way forward to enrol and vote. This has grown in a massive movement now and resulted in higher turnout of voters most of the time.

Article 329 bars interference of courts in electoral matters and therefore prompt redressal of grievances by Election Commission during election process is crucial. But a large number of complaints and limited resources coupled with most complaints proving based on hearsay and not well founded always found election machinery wanting.

Therefore, Election Commission piloted a Mobile App C-VIGIL in General Elections to Karnataka Assembly in 2018. This would facilitate photo or video of any wrong being committed by anyone during election process to be submitted to the concerned authorities by simple press of a button.

Election Commission has mandated verification, action and feedback to the complainant within 100 minutes of filing the complaint. This has resulted in quick disposal of complaints and fast action against all violations as prima facie evidence comes with the complaint.

(iii) Election Commission’s expenditure should be charged and not voted

(v) Appropriate legal provision be incorporated in Representation of the People Act 1951 to enable linking of Aadhaar and Elector’s photo ID/ EPIC to facilitate removal of duplicates from Electoral Rolls. This would also help facilitate voting from remote location.

Civil Society Organizations like ADR ( Association for Democratic Reforms) , PUCL, Common Cause etc have been instrumental in forcing a number of positive changes through PILs and one such PIL is still being heard regarding need for a law to set up collegium for selection of candidates for appointment as Election Commissioner/ CEC.

Electoral reform has to be a continuous process to overcome emerging challenges and deliver free, fair and credible elections. With this in view all stake holders have to collaborate with the Election Commission but at times it happens rather slowly.