The villagers claimed that the building of the school was in poor condition and it was risky to study under its shed.
FP News Service 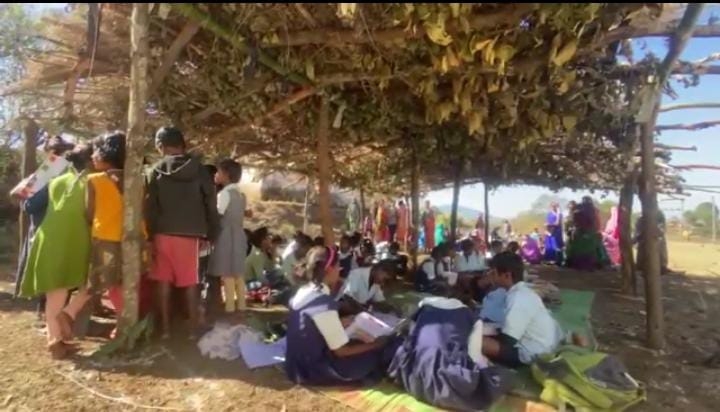 Dindori (Madhya Pradesh): A government primary school has been running in a hut as the school building was in damaged state in the tribal populated locality of Senguda village, Dindori district.

The villagers claimed that the building of the school was in poor condition and it was risky to study under its shed. They had appealed to the officials of the Education Department several times but the officials had not taken any interest.

Villagers also claimed that some children had suffered serious injuries because of breaking of roof of the school building. After that the teachers and the villagers had decided not to operate the school in the dilapidated building, later the school was operated in the house of a villager.

As there were 52 students in the school, it was found difficult to operate the school at the villager’s house because of lack of adequate space. After that women of the village came forward and led the formation of the cottage to run the school.

President of Women Self Help Group, Sushila Bai said that around 70 women of the village united together and built a hut in two days with the help of wood, bamboo and thatch. “We have collected the woods form our homes and Jungles. We also collected funds and bought bamboos to build the hut. The school is being operated in the hut itself since January 1,” Sushila said.

Teachers of the school said that they had informed the senior officials about the depletion of school building several times, yet its condition remains the same.

(with inputs from Shiv Choubey) 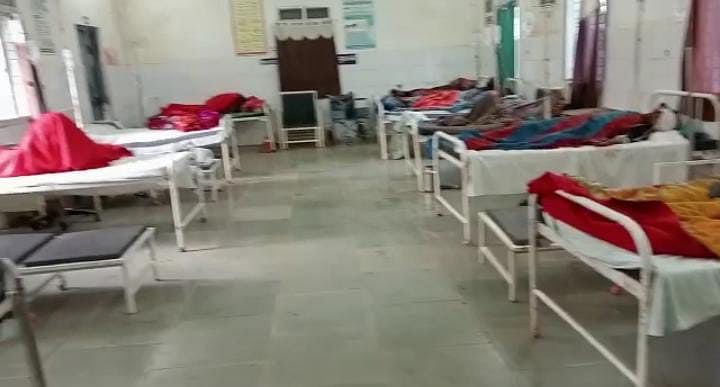