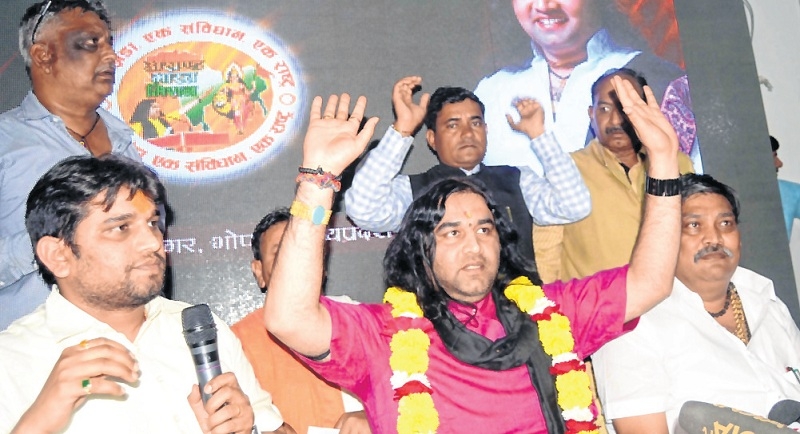 BHOPAL: The decision by katha vachak and strong opponent of SCT/ST Act, Devki Nandan Thakur efforts to revive 5-year-old Sarv Samaj Kalyan Party started on a controversial note. Thakur appointment of his brother Vijay Sharma, as the national president of the party has not gone down well with his party workers. He has been charged of nepotism by some workers. Thakur announced that he was neither member of the party nor he would contest elections.

He said that he would announce his role on occasion of MP Foundation Day after visiting Mahakal. He said that he would field candidates on all 230 constituencies this assembly election and we should not be considered as a B team of any party. Thakur said that he had been opposing arrest without investigation under SC/ST Atrocity Act. The state government after reversing the court’s order has increased the gap between communities. “We had given two months time to state government to reconsider its decision in our rally at Gwalior on September 4.

We also contacted more than 700 member of parliament but to no avail. We are now left with no option but to seek political space ourselves,” said Thakur. Thakur clarified that his work was religious but he was not anti-dalit. “It is not correct to raise doubt on objectives of the party as I have been subjected to harassment at Datia at Petambhara Peeth and was arrested,” he added. He said that he is in touch with small political parties and would contest with coordinated efforts.