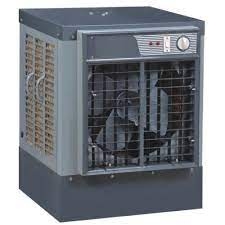 BHOPAL: Amid alarming cases of dengue in Madhya Pradesh, the Jabalpur Municipal Corporation (JMC), on Monday prohibited use of desert coolers for one month in the city.  The decision to check coolers use comes in the wake of 410 positive cases of dengue surfacing in Jabalpur. Over 2400 dengue cases have been reported in Madhya Pradesh.  Seven districts of the state are among the worst affected. Jabalpur municipal corporation (JMC) commissioner Sandeep GR, in an order on Monday, said, “During a survey conducted by the Health department, mosquito larvae were found in desert coolers.  This is the reason for people getting infected with the vector-borne disease. People have been instructed to clean their coolers. The civicl body has imposed a ban on the use of desert coolers in the city.”

CMHO Jabalpur Dr Ratnesh Kuraria said, “There are 410 positive cases of dengue in Jabalpur and over 7,000 samples have been tested. We are closely monitoring cases of dengue and chikungunya. Health department is conducting sample tests.” Meanwhile, Nagrik Upbhokta Margdarshak Munch has filed a petition in the High Court seeking compensation for death due to dengue. Manch coordinator PG Najpandey said, “Supreme Court had instructed for compensation for Covid-19 deaths and so on that basis we have filed a petition in the High Court for dengue deaths in MP. Deaths have been reported from Jabalpur and Bhopal.”