Choice of Kamal Nath will be final.
Staff Reporter 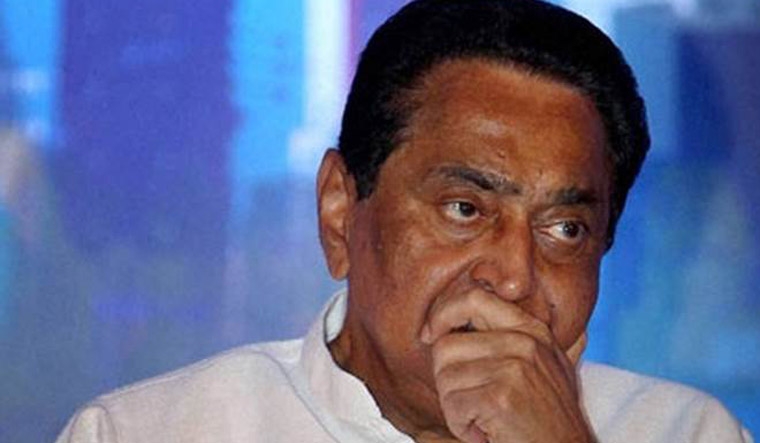 Bhopal: The Congress has begun to search for a leader of opposition before the ensuing Assembly session which is going to start from February 22.

Congress’s state unit president Kamal Nath is holding the post of the leader of opposition.

A senior leader of the party will be appointed to the post just before the session.

Nath will take a decision on the matter after discussing it with party’s state in charge Mukul Wasnik and other senior leaders. The meeting will be held in Delhi.

The Congress has been discussing the issue of electing Leader of Opposition for several days.

The matter is getting delayed, since the Assembly session is not being held.

As the ensuing session is set to deal with the budget, a full-fledged leader of opposition has become a necessity.

Apart from that, because the civic polls are going to be held soon, Nath is set to remain busy.

He, too, wants to give up the post of Leader of Opposition and keep the position of MPCC head.

The names of Govind Singh, Bala Bachchan, NP Prajapati and Sajjan Singh Verma are doing rounds for the post of leader of opposition.

Singh has the backing of former chief minister Digvijaya

Singh, and three others are close to Nath.

According to sources in the Congress, leader of opposition will be a man of Nath’s choice, so Bachchan is ahead of others in the race for that position.

By electing Bachhan as leader of opposition, the Congress will play the tribal card. Besides, he is considered neutral.