CM Chouhan said, “I am a big fan of Akshay Kumar, he makes purposeful movies. Akshay Kumar's films not only provide us entertainment but also inspire us.”

CM Chouhan said, “I am a big fan of Akshay Kumar, he makes purposeful movies. Akshay Kumar's films not only provide us entertainment but also inspire us.”

He further said that there were many kings and emperors who created history with their courage and good governance in India's glorious history.

“We are proud of the courage and pride of Prithviraj Chauhan. This history should be passed on to our coming generations. That's why we have made Samrat Prithviraj Chauhan movie tax free in the state,” Chouhan added.

Akshay Kumar is playing a lead role in the movie based on the life of legendary Hindu king Prithviraj Chauhan. The other star casts of the movie include former Miss World Manushi Chhillar, Sanjay Dutt and Sonu Sood.

The movie is directed by Chandraprakash Dwivedi and produced by Yash Raj Films. The movie has released in theatres today.

Besides, Akshay tweeted and thanked CM Chouhan on behalf of the entire team of Samrat Prithviraj.

He further stated that the decision would help in spreading the story of a great warrior of India to more people. 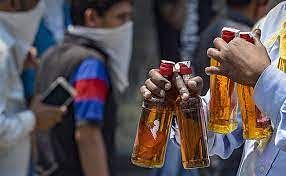