25-year-old employee booked for lodging fake loot complaint; he had claimed that some miscreants threw chilli powder on his face and looted Rs 1.5 lakh

BHOPAL: Hanumanganj police have arrested a 25-year-old man for allegedly filing a fake complaint of Rs 1.50 lakh loot. The man stole his employer’s cash and tried to pass it off as loot.

Police said the youth in his complaint claimed that he was waylaid and assaulted by unidentified men near Manohar Dairy around 4 pm on Wednesday. The miscreants after throwing chili powder on his face, snatched his bag carrying Rs 1.50 cash, he said in his police complaint. The amount belonged to the shop he worked for, he mentioned in his police complaint.

The police said the complainant, Narendra Panthi, worked with a trader Deepak Hirwani. When police talked to Hirwani, he expressed doubt over the Panthi loot story, said SHO Hanumanganj Mahendra Singh Thakur. While scanning the CCTV camera footage of the spot, the police spotted Panthi handing over the cash to his girlfriend.

Panthi gave the cash to his girlfriend and playing the victim returned to his employer claiming he had been assaulted and looted.

When police confronted him, the youth confessed to his crime and told police that he was under debt of Rs 1 lakh and so cooked up a loot story. He gave the money to his girlfriend and passed it off as loot.

However, when he came to Hirwani informing about the loot, the employer doubted his story as remains of chili powder were visible on his hands and not on his face immediately after the incident.

The cops then retrieved CCTV camera footage where Panthi was seen giving a bag to his girlfriend.

During the investigation, the the policemen showed him footage and he confessed to the crime.

Police said he has been booked for making a false complaint and arrested. He was produced before the court on Thursday, and the cash has been recovered, said the SHO. 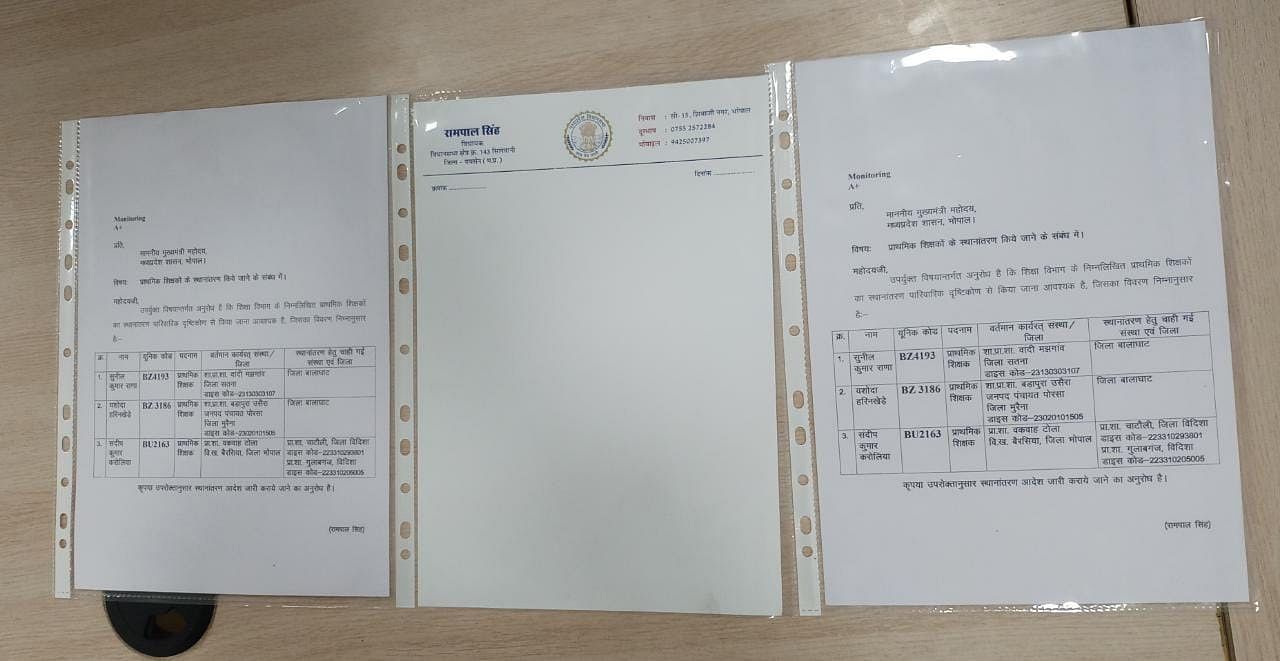