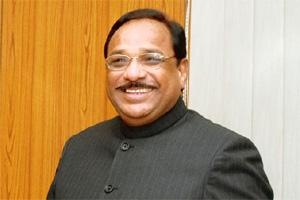 BHOPAL: The outcome of Jhabua bypoll, which has become a prestige point to the Congress and the BJP, will come on Thursday.

Congress had fielded ex-Union minister Kantilal Bhuria against BJP’s new face Bhanu Bhuria. The bypolls were conducted as JS Damor had become MP from Ratlam. BJP has worked hard in the elections as it was in its kitty.

If Congress wins, then it would get majority in the state assembly. Congress currently has 114 members in state assembly and the win would increase its tally to 115 in a 230-member House.

The result of Jhabua bypolls will be highly important for Bhuria, who had lost Lok Sabha elections. If Bhuria wins, he would be the biggest contender for the post of state Congress president. CM Kamal Nath has already offered to leave the post of state president. Ex-MP Jyotiraditya Scindia is also a strong contender for the post. If Bhuria wins, ex-CM Digvijaya Singh will ensure to stop Scindia and get Bhuria to become PCC chief. It is also said that the new incumbent on PCC chief should be a tribal.

Earlier, ministers namely Bala Bachchan, Umang Singhar and Omkar Singh Markam had come in limelight but Bhuria is the biggest tribal leader among them.

Congress leaders also maintain that the way MLAs are developing pressure for a cabinet expansion, it will not be easy for Nath to execute it. Nath may avoid the trouble of cabinet expansion if he forwards the name of Bhuria for PCC chief, said a source.