BHOPAL: The Madhya Pradesh Water and Land Management Institute (WALMI) has developed a technique called 'Walmiki' for developing a dense forest on any piece of land within a period of two years.

The technique is based on the Miyawaki method pioneered by Japanese botanist Akira Miyawaki that helps build dense, native forests. The approach is supposed to ensure that plant growth is 10 times faster and the resulting plantation is 30 times denser than usual. WALMI claims that its technique is faster and cheaper than the Miyawaki method. Using its technique, WALMI has grown a dense forest on a piece of barren land on its premises within a period of less than two years.

WALMI's method is fully organic and does not involve the use of chemicals. The institute has planted more than 13,800 saplings of shady, fruit-bearing and medicinal trees and plants in different parts of the city using the technique. The area covered by the plantations is around 4,200 sq metre. Saplings planted using the technique, grow to around 10-foot height. They grow at a rate which is 10 times faster than usual. Within three years, a dense forest of trees of 10-15 feet height is ready.

Read Also
Unlock in Bhopal: Two-day total lockdown on Saturday and Sunday; All you need to know about unlock 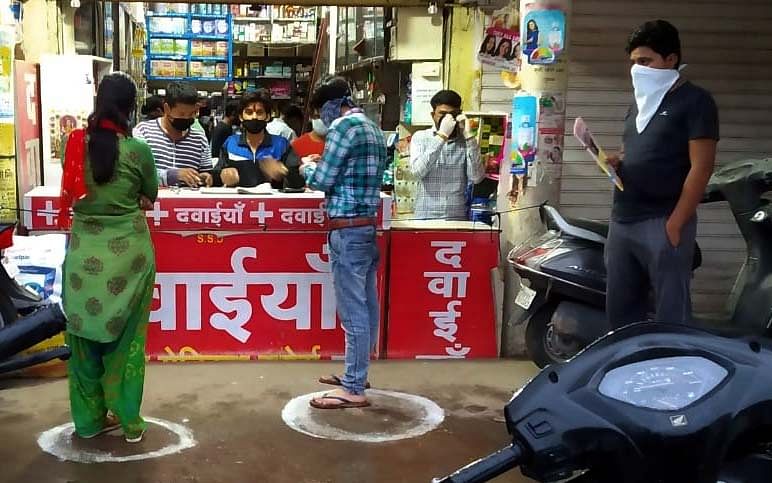 The technique is very useful for promoting water and soil conservation and can be used for protection and preservation of the environment in urban areas where only small pieces of land are available, Ravindra Thakur, agriculture expert at WALMI said.† †

According to Urmila Shukla, director, WALMI, the technique would be used to grow dense forests in other parts of the state soon.†

In another innovation, WALMI has developed a compost-making machine, which turns biodegradable waste into organic manure within 24 hours. The traditional ways of producing organic compost require around 3-4 months. This technique is very useful for gardens and nurseries. It does not involve the use of chemicals.