The tournament is to be held at Kalinga Stadium in Bhubaneswar from November 24 to December 5.
Staff Reporter 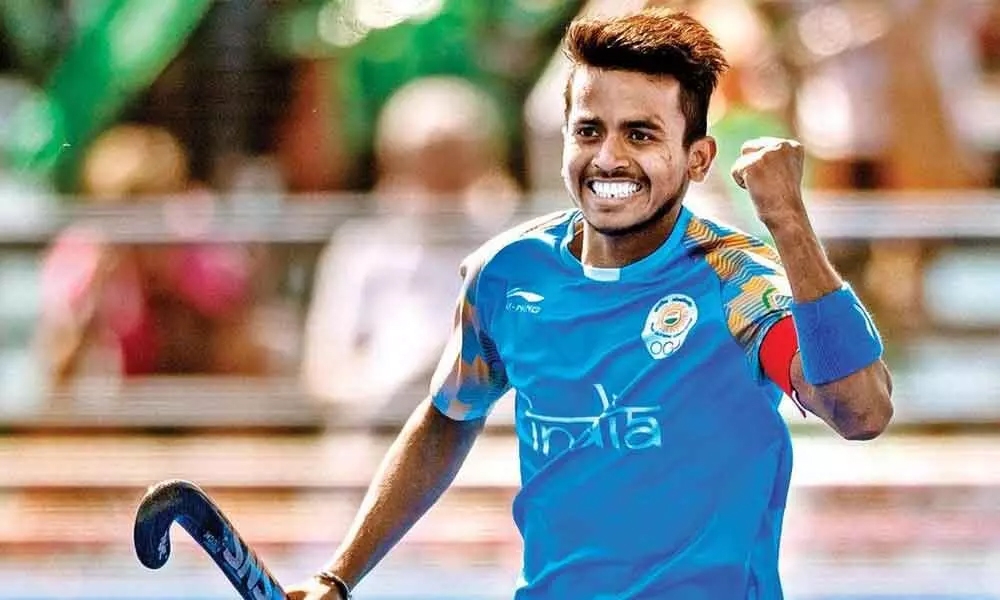 Bhopal: Tokyo Olympics bronze medallist Vivek Sagar Prasad has been selected to lead the squad at Men’s Junior World Cup, to be held at the Kalinga Stadium in Bhubaneswar from November 24 to December 5, announced Hockey India on Thursday late evening. The resident of Chandoun village of Madhya Pradesh, has been selected to lead the 18-member Indian hockey team, due to his agility and his ability of teamwork and coordination, said chief coach Graham Reid.

Reid said the defending champion had a well-balanced and flexible side. “The key to these guys performing on the big stage will be to trust in each other and trust in their preparation," he added.

India will begin its campaign against France on November 24. The Indian team won this title in 2016 in Lucknow. A total of 16 teams are participating in this tournament. The event will continue till December 5.

Sanjay has been selected as the defender of the team, who was part of the Indian U-18 team that won the silver medal at the Youth Olympic Games 2018, along with Vivek.

The 18-member squad has two alternate players, Dinachandra Singh Moirangthem and Boby Singh Dhami, if any member is ruled out of the tournament due to Covid-19, said the release by Hockey India.