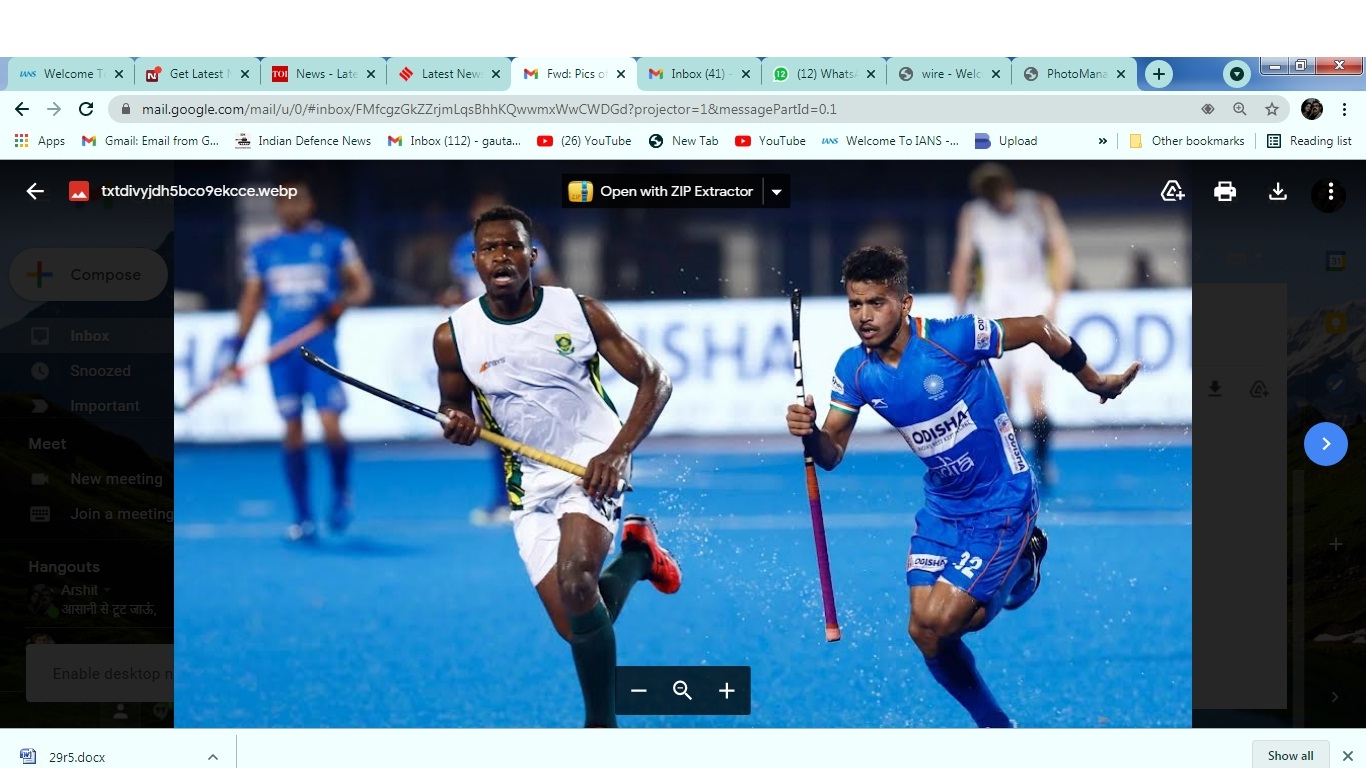 Bhopal: A swish of Vivek Sagar Prasad's magic wand took Argentina by surprise. Few knew that the swish was the result of his mother's wish 'Beta goal karke aana...'. That was it. Rest, as they say, is history. His mother gets up in the morning everyday. She goes to the temple and prays for her son's safety. She then talks to him. Before India took the field against Argentina on Thursday, she called him up and for the first time told him "Beta goal karke aana." And, he fulfilled his mother's wish.

Vivek's elder brother Vidhyasagar, who works as a software engineer in Pune, said that their mother had never before asked Vivek to score a goal. Till Thursday, she had only prayed for his safe return. Her golden words during 4:30am call with Vivek were magical, he said. By scoring the goal two minutes before the final whistle, Vivek ensured Men-in-Blue's 3-1 victory over Argentina at Tokyo Olympics. Vivek's coach Ashok Dhyanchand, son of illustrious Major Dhyanchand, explained the goal to Free Press. "Vivek plays from left-off position. From this position it is difficult to reach D-position from the Half-line," he said and added "ball was attacked from the right side and aiming at the goal post from there requires a calculated risk."

From a village boy to national star: Vivek hails from a small village Shivnagar Chandon near Itarsi. He has had his share of ups and downs in career.. While practicing at Major Dhyanchand stadium in Bhopal, he suffered injuries in 2016. The injuries were so serious that his coach Ashok Dhyanchand had lost the hope of his comeback. Vivek, however, stuck to his guns, said Dhyanchand. It was not an easy task for him to overcome the injuries and the depression that followed. He couldn't even eat, said his brother Vidhya Sagar, who is nine-year older than Vivek. "He broke his collar bone and there was a hole in his intestine. His blood reached his lungs. At that time doctors had said that he could survive only if he recovers in three days." Vivek returned to the field after a few days. He used to tie his injured hand and practice from his right hand, recalled Dhyanchand. Finally, his efforts paid off and he made his way back into the senior squad in 2018.