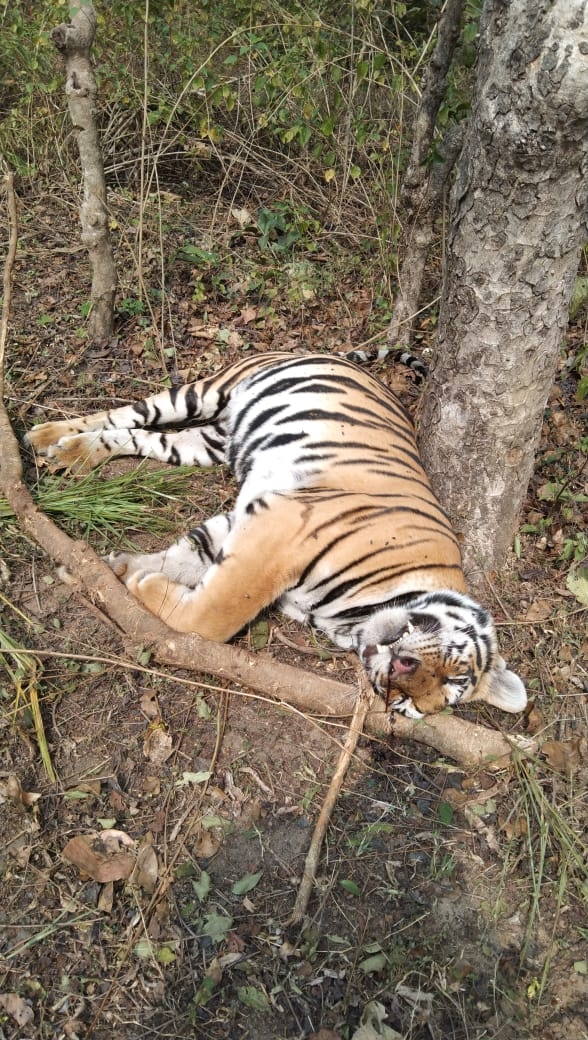 BHOPAL: A one and a half year old tigress died of strangulation caused by a trap made of clutch wire used in vehicles in Kanha Tiger Reserve (KTR) on Tuesday. Six people have been apprehended after the incident.

The feline was found dead by the beat guards in Khapa forest range of KTR. The tigress died after getting entangled in a wire trap used by poachers, said deputy director of KTR Naresh Yadav. ‘It was a clutch wire used in vehicles. A case has been registered against unidentified persons under the Wildlife Protection Act and search is underway for culprits. Six people have been rounded up, said an official. An autopsy was conducted on Wednesday as per rules of the NTCA. The body was found intact and no body part was missing, he said. Officials feel that the trap was probably laid to hunt wild board or deer and not for tiger but unfortunately it fell for the tigress. However, experts feel that managing and maintaining increasing numbers of tigers are now a new challenge for the forest officials. At present there are 84 tigers in the KTR. ‘In absence of ‘secured territory’ tigers have started frequenting buffer areas where they often fall to poachers through traps and electrocution,’ said an official.