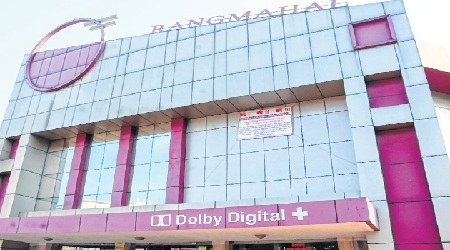 Movie theatres in the state remained closed on Friday to protest the levying of local body entertainment tax on films. There was no show in State’s cinema halls and multiplexes on the day when many new movies hit the screen across the country. Protesting the dual tax regime in the state, film producers, distributors and exhibitors joined the indefinite strike demanding immediate rollback of 5 % tax imposed by civic on the direction of Urban Administration Department (UAD). This is in addition to 18-28 per cent Goods And Services Tax on cinema tickets.

Salman Khan’s ‘Love Yatri’ and Ayushman Khurana’s ‘Andhadhun’, which hit screen on Friday, could not be released in the state in wake of the indefinite strike. The protest will also affect the box-office collections of movies ‘Sui Dhaaga’ and ‘Patakha’ currently on screen. Cinemagoers eagerly waiting release of the much hyped movies were left disappointed and they clueless about the screening of movies on weekend.

Central Cine Circuit Association president Jai Prakash Chaukse said, all the producers, distributors and exhibitors have joined the protest over the dual tax policy and cinema halls and multiplex remained closed in Madhya Pradesh. Azizuddin, Madhya Pradesh Cinema Owners Association, general secretary and members of Central Cine Circuit Association, said, the indefinite strike is in protest against dual tax—18-28% GST and tax levied by civic bodies which ranges from 5-15%. “We are already paying GST then there is no logic to impose additional tax by civic bodies.”

However, defending the tax, Mayor-in-Council (MiC) member, Krishna Mohan Soni said, cinema owners should pay as they are charging Rs 100 for water bottle and Rs 200 for popcorns in multiplexes. He termed the protest as irrational.  Girish Sharma, Congress Corporator, claimed that he has been opposing the duel tax system in Parishad from the very beginning. However, as the BJP members had majority they could get it passed in Parishad, he added. “When GST is in place, all taxes including entertainment tax should be abolished automatically. But UAD introduced new tax through civic bodies in the state,” said the Congress corporator.