Bhopal: State’s only helpline for adolescents to be shut down 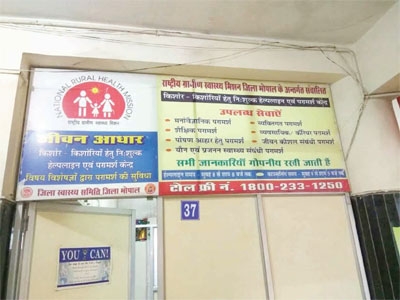 BHOPAL: The state’s only toll free helpline for adolescents ‘Kishore-Kishori Paramarsh Kendra’, (Jeevan Aadhar) or Kishore Swasth would be closed down from February 28, even as the board exams are round the corner, due to unknown reasons. Located in JP Hospital’s new building, the helpline runs under Rashtriye Kishore Swasthya Kendra (RKSK).

It is noteworthy here that the helpline facility is available in only two states across country including MP and Uttarakhand.

Launched by National Health (NHM) in August 23, 2013, an adolescent helpline Centre is providing psychological, sexual and reproductive counselling, nutritional and educational counselling and counselling on suicidal psychological syndromes to youth all over India.

It should be mentioned here that most of the cases of students have been received who is in stress or depression due to board exam pressure.

Even the calls of students have increased so much last year in mid February that the counsellors of the centre have to work in night shift and the helpline is open for students 24 hours till results. The centre comprised of 12 staffs including six counsellors, two co coordinators and operators and one in-charge and director.

It is not being closed rather merged with 108 helpline numbers. I don’t know why it is but we are doing as per the directives of Central government.  –Dilip Hedau,  Director of RKSK.