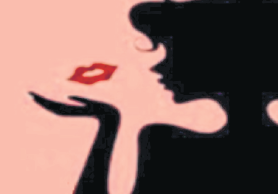 BHOPAL: Special Investigation Team (SIT) has issued notices to a few businessmen calling them for interrogation in connection with the honey-trap case. However, no government official has been issued notice.

The notices have been issued on the basis statements of arrested members of the gang, including Arti Dayal, Shweta Swapnil Jain, Shweta Vijay Jain, Barkha Bhatnagar Soni and Monika Yadav.

Sources said that a few businessmen and builders of the city have been called for interrogation.

Though the gang members had dropped names of a few officials with whom they claimed of having intimate relations, the SIT is yet to issue notice to any of them.

Sources said Arti had revealed a number of names. Shweta Vijay Jain too gave names of some people to Indore police and the SIT. These people have been called for interrogation.

The SIT also interrogated Indore municipal corporation engineer who had lodged the complaint. The SIT is interrogating people to ascertain people blackmailed by gang members.

Sources said that gang members enjoyed support of a few other people too. Husbands of women gang members too would be interrogated to ascertain their role.