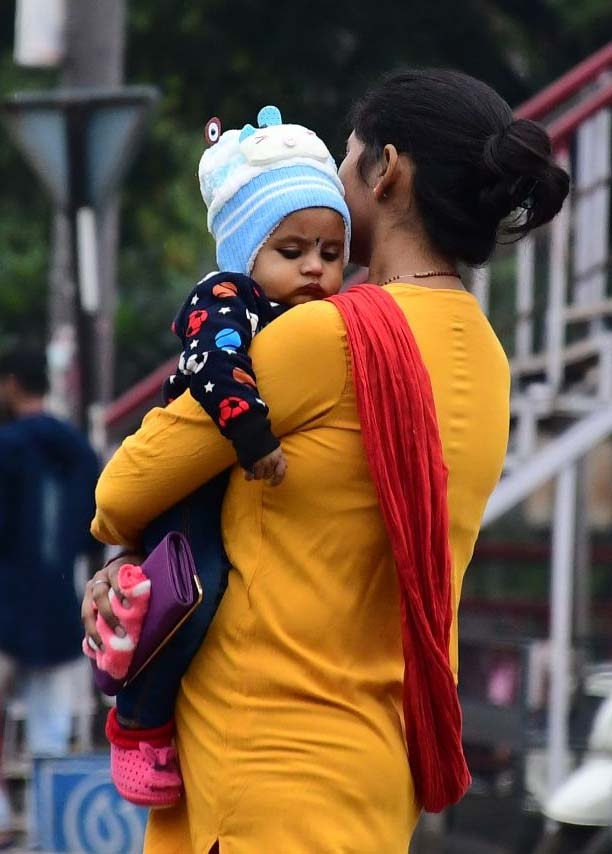 Bhopal: The Bhopal weather as flighty as a medieval prince generally keeps residents in the city on toes. As it is unpredictable it is charming.

A light shower on Wednesday morning and a cloudy sky throughout the day, unusual in this season, have brought down temperatures to 23.2 degrees Celsius. It is 8 degrees less than the normal one. Many people were seen carry umbrellas and sport raincoats in the morning because of the sudden rainfall.

Mid-October is the time to enjoy autumnal conditions with a silky sun, white clouds and a clear sky. But a veil of mist that has covered the city for the past four days has given the feel of the climax of winter.

It has happened when the residents have begun to feel that the rain-soaked clouds have melted away, and the shadows of autumn have begun to lengthen over the city.

The birds which, too, began to warble have stopped piping. The sun-drenched mornings brought smiles to the farmers and the makers of earthen lamps, but the cloud cover accompanied by chilly breeze conveyed the clammy weather back.

The charming prince weather has also forced many people to wear their woolens. It is a rare sight in this month of the year.

Most of the people have put off fans, and many even do not dare look at the air-conditioners.

Artisans have felt the heat of the damp which may wet their Diwali spirits as they have failed to get their clay-made items dried up.

The dank weather has also halted painting work in various houses whose owners were waiting for a sunny day after the late departure of monsoon.

The cloud cover has, however, drifted away the sweaty noon.

The weather office says the current cloud cover is the result of low pressure over the Bay of Bengal.

So the Bhopalites may have to wait for a couple of days more to see the sunny autumn days back to herald the advent of winter.