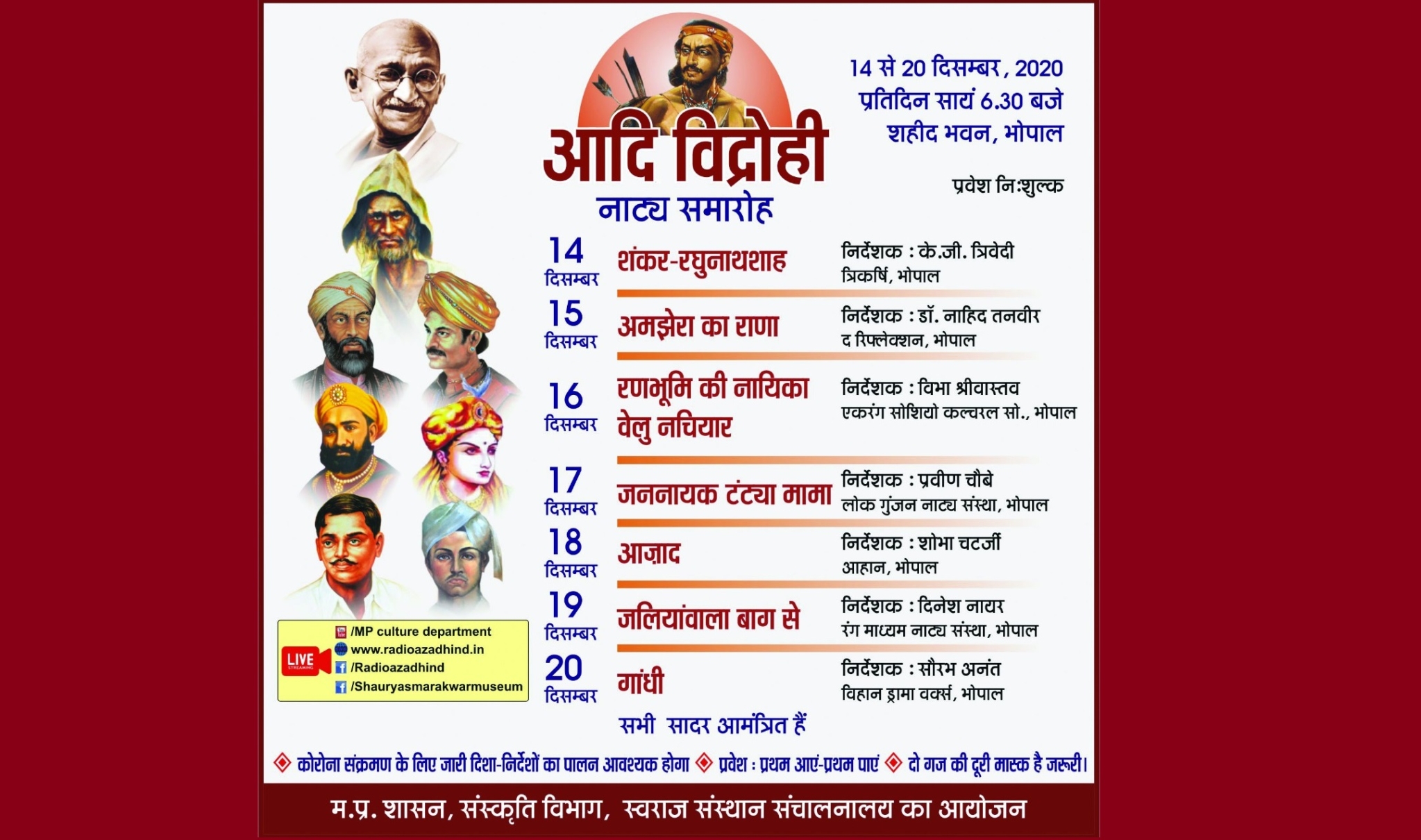 BHOPAL: A seven-day drama festival ‘Aadi Vidrohi’ will be held at Shaheed Bhawan in the city from December 14 at 6.30 pm.

The annual drama fest focusing on martyrs of the freedom movement and mass awareness is organised by Swaraj Sansthan Sanchanalay, Bhopal. This is the first theatre festival organised across the country which highlights the struggle of martyrs on stage.

During the festival, a play ‘Shankar-Ragunathshah,’ directed by K G Trivedi from Trikarshi, Bhopal will be staged on December 14.