HomeBhopalBhopal: Programmes to be held in all temples in state on PM dedicating 'Shiva Shristi' in Ujjain on Oct 11, says CM Chouhan

Bhopal: Programmes to be held in all temples in state on PM dedicating 'Shiva Shristi' in Ujjain on Oct 11, says CM Chouhan

CM said this during review of Sagar district administration's performance on Friday morning in a meeting held virtually.

Bhopal (Madhya Pradesh): Chief Minister Shivraj Singh Chouhan said here on Friday programmes will be held in temples across the state on the occasion of Prime Minister Narendra Modi dedicating to the public 'Shiva-Srishti' at Shri Mahakal Complex in Ujjain on October 11.

CM said this during review of Sagar district administration's performance on Friday morning in a meeting held virtually.

CM said, "The main objective of the programmes is to educate the masses and disseminating information. Sagar district should also participate in these programmes with full enthusiasm and activeness."

He said people's representatives and government staff should conduct activities effectively to ensure that the development takes place in an ideal way.

He said 489 complaints had been received in the CM Helpline regarding demand of money for depositing installments in the accounts of the beneficiaries of PM Awas. Strict action should be taken against the guilty officers and employees.

It was informed in the meeting that the services of 6 employment assistants had been terminated and 7 secretaries had been suspended. Action for lodging FIR was being taken against an employment assistant for putting money in the accounts of his relatives by changing the Aadhaar numbers of eligible beneficiaries of Pradhan Mantri Awas Yojana.

CM said strict action should be taken against those persons in whose accounts the money of the eligible beneficiaries of Pradhan Mantri Awas Yojana was deposited by the employment assistant.

He said there would be four important programmes in the state in the coming days. Under the Pradhan Mantri Awas Yojana, 4 lakh beneficiaries of the state whose houses had been completed would be given Grih Pravesh on September 28.

Similarly, students who have scored more than 75 percent marks in class 12, an amount of Rs 25, 000 each will be disbursed among them on September 30 for laptops.

For the Ladli Laxmi daughters who are getting admission to the colleges, there will be a programme on October 8†for them.

He reviewed implementation of various schemes apart from law and order situation as well. 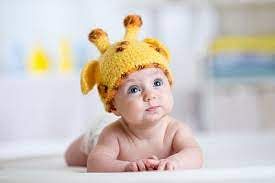