Bhopal: Poll code to have no impact on ongoing projects 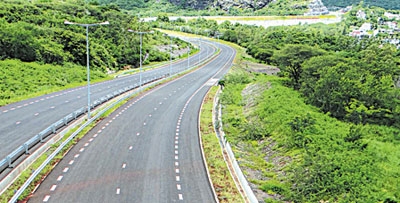 Imposition of Election Model Code of Conduct will not affect the ongoing development projects being undertaken in the poll bound state. Once the work has started on ground, the projects will continue even after the enforcement of poll code, said Urban Administration (UAD) officials.

Construction including that of bridges, flyover and Railways Over Bridges (ROBs) etc are being undertaken in the state and they will be completed as per their due course, said the officials.

UAD Administrative officer Mayank Verma said ongoing development work has nothing to do with MCC imposition and they will be completed in their due course of time. “The projects which have already been started will not be affected by enforcement of Model Code of Conduct (MCC) in the state capital. if the tenders have been called but the work has not yet initiated on ground, then it would have to wait till the MCC is in force. But if work has been started before poll code enforcement, it will continue without any hindrance,” clarified Verma.

Similarly, Madhya Pradesh Road Development Corporation is undertaking widening and strengthening of 105.6 km long Bhopal-Biaora Road (National Highway-12) on BOT mode. The project envisages construction of 7.5 km long service roads in Bhopal city and 6 km long service roads in villages. A flyover will be constructed on Bhopal Bypass crossing. Under the project, ROB at Singarcholi railway crossing, a major bridge on Parwati River, 10 medium bridges and 74 culverts will be constructed. The present road will be converted into 4-lane. The project’s total cost is Rs 776.24 crore. The project, the foundation of which was laid in October 2014, is expected to completed within two years.

Engineer–in-Chief Abhay Khande, who was earlier looking after Subhash Nagar ROB and is now with UAD, said, involvement of more than one partner agencies is leading to delay in the completion of the project. “Like in Subhash Nagar ROB, PWD as well as Railways are involved. PWD has completed its job but now it is Railway to complete the work assigned to it… There are certain work which could only be undertaken after the railways completes its job,” said Khande. The projects which were started before imposition of MCC will not come under purview of MCC, he added.