Aim is to spread message of peace, harmony
Staff Reporter 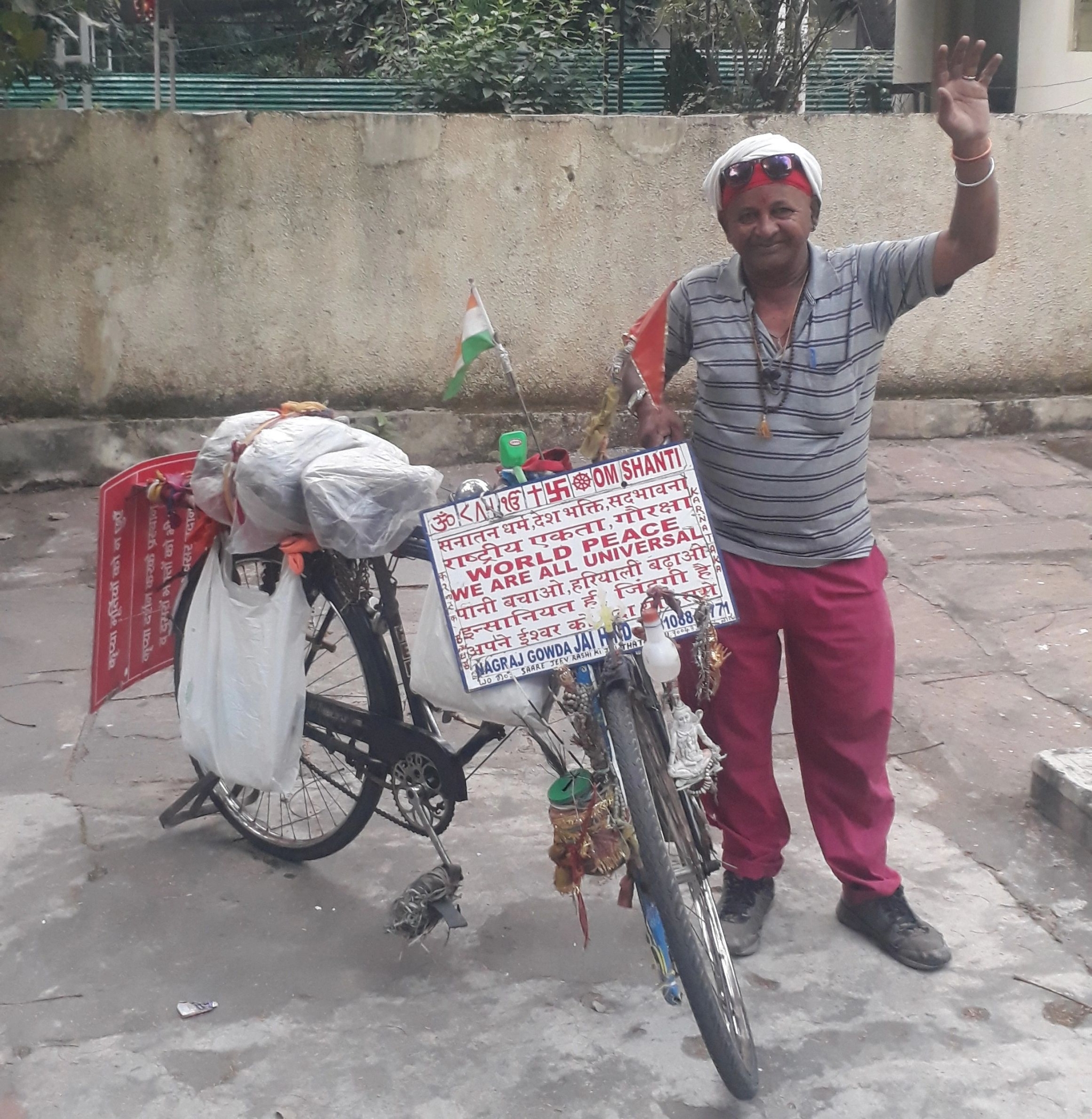 Nagraj Gauda with his bicycle |

Bhopal (Madhya Pradesh): A 55-year-old man has covered 13 Indian states on a bicycle. Now, this man from Karnataka will reach the rest of India, as he claims, with his message of peace and harmony among religious communities, a message for saving greenery and water on earth, a message to promote humanity and a message to save the earth.

Nagraj Gauda, a resident of Hassan district in Karnataka, was in city on Friday. He travelled to state’s capital from New Delhi on a bicycle. He stayed at Gandhi Bhawan.

“I had first cycled in Karnataka before I began journey in other states. I have a dream of covering whole India and for that I paddle 80 kilometres a day”, he says.

Gauda says he only stopped for a year in 2020, due to lockdown. I resumed the journey in February this year, and have been relentless since then, he says.

“I want to promote harmony among different religious sects in our country. We all share the world and thus we are all responsible for its well-being. We have to save the earth for our future generations and for that we need to save nature”, he says.

Gauda says he stays anywhere when gets tired. “I am offered space in temples, dharamshalas, trusts, rain baseras,” he added.