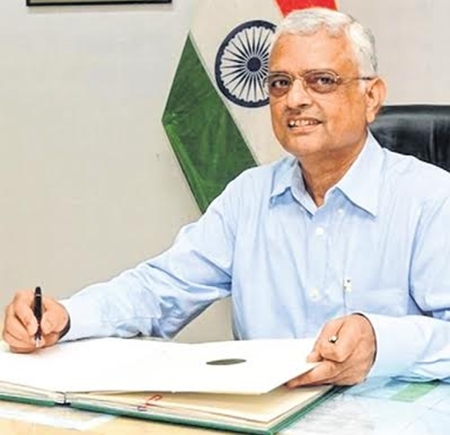 Bhopal: O P Rawat, a 1977 batch IAS officer of the Madhya Pradesh cadre, who has been appointed as the next Chief Election Commissioner (CEC), will be the first bureaucrat from the state to occupy the top Constitutional post. The state government had not appointed him as the chief secretary in 2012, despite him being the senior-most officer. Hurt and humiliated, Rawat moved to the Centre on deputation and superannuated while serving in the Union government. He had decided to settle down in Bhopal after retirement and had shifted bag and baggage to the state capital.

The state government, which has been showering sinecures on former members of the IAS, did not deem it fit to offer any position to Rawat. Subsequently, on the recommendation of the Union Government, the President appointed him as Election Commissioner.

He had given expression to his pain in an interview with a magazine. He said that he had met the chief minister Shivraj Singh Chouhan in 2010 and had requested him for permission to proceed on Central deputation. However, it was not given. In 2012, after his junior was appointed the chief secretary, he again made a request to be allowed to move to Delhi and it was granted.

In Madhya Pradesh, he headed many crucial departments including public relations, tribal welfare and Narmada valley development. As principal secretary in the CM’s Secretariat, he was one of the most powerful bureaucrats in the state during the tenure of Babulal Gaur as the chief minister.

Talking to Free Press, CEC-designate O P Rawat said that conducting free and fair elections would be his top priority. He said that he would strive to maintain the image of the Election Commission as an independent body above reproach. The Election Commission enjoys a great reputation in foreign lands. Rawat said that election reforms was a continuous process and he would take it forward.