HomeBhopalBhopal: No one will salute if party is not in power, says Murlidhar Rao

Bhopal: No one will salute if party is not in power, says Murlidhar Rao

Bhopal (Madhya Pradesh): Categorically asking BJP leaders and workers to work hard for the party's victory in upcoming Assembly elections, the BJP state in charge Murlidhar Rao said that no one would salute if the party is not in power.

He was addressing the party’s state executive committee meeting here on Tuesday.

The senior BJP leader also emphasized on ensuring that the benefit of government-run schemes was reaching the targeted sections of the society.

Much to everybody’s surprise, Rao went on to say that the party workers have been the biggest beneficiaries of the schemes.

“Not much time is left for Assembly elections and by the vision of government, organization and elected representatives, the party has to move ahead with the target of winning 200 seats in 200 days,”  said Rao.

He stressed to work with micro planning to achieve the target of winning 51 per cent vote share by working vigorously at booth level.

On the lines of Gujarat Model, there is a need for making changes in Madhya Pradesh as well before the Assembly elections, said former minister Anup Mishra while interacting with media persons. “Changes had taken place after Dhritrashtra and even after Lord Ram,” said Mishra, stressing on the need to give tickets to new faces.

A BJP leader on condition of anonymity said that the party had not fared well in 14,274 booths both in Assembly as well as in Lok Sabha elections and discussion on how to register victory in these booths was also discussed during the meet.

51 % vote share will be achieved by organization strength: VD Sharma

BJP State President VD Sharma that the pledge of party to win 51 per cent vote share has to be achieved by the strength of organization. The work at booths has to be accelerated to increase the vote share, said Sharma while delivering the inaugural address during the party’s State Executive Committee meeting here on Tuesday. He stressed on focusing on the 30 lakh new voters and the need to connect the youths with the party.

Union Minister for Aviation, Jyotiraditya Scindia said that once India used to be an impoverished country but it is now leading the world. The remarkable development took place during the eight years of the Modi regime, said Scindia praising the leadership of PM Narendra Modi. 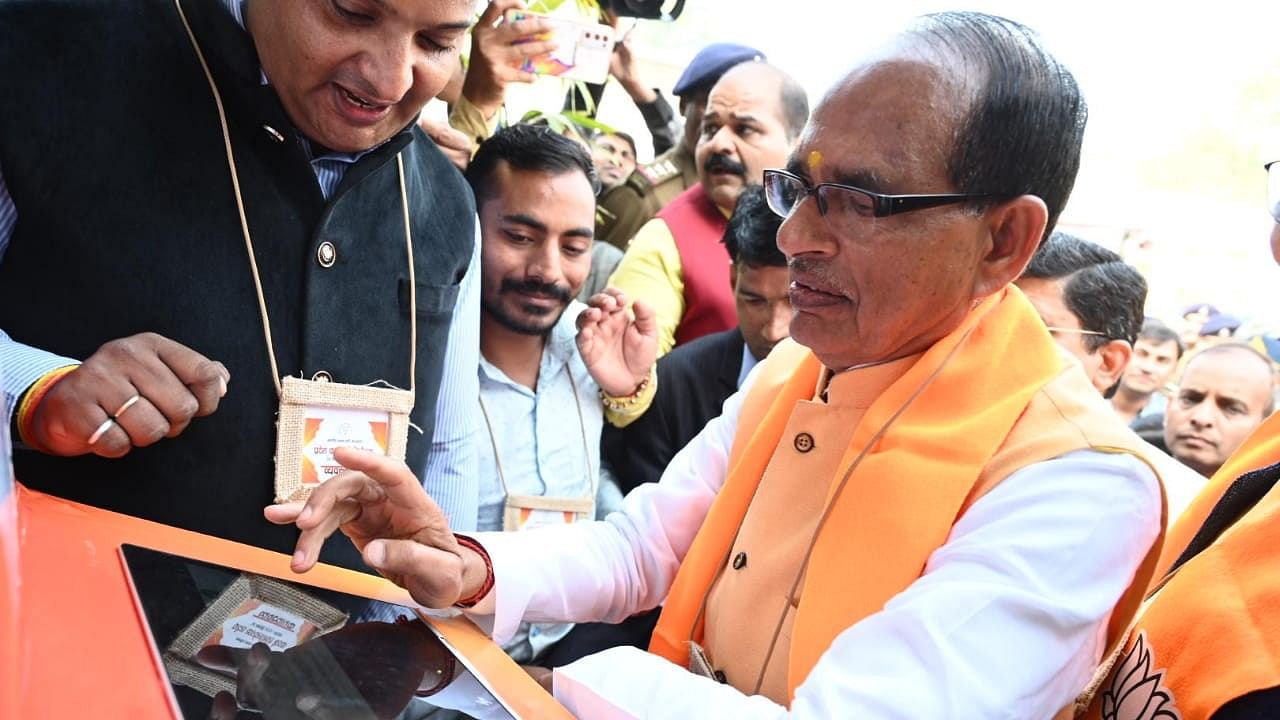