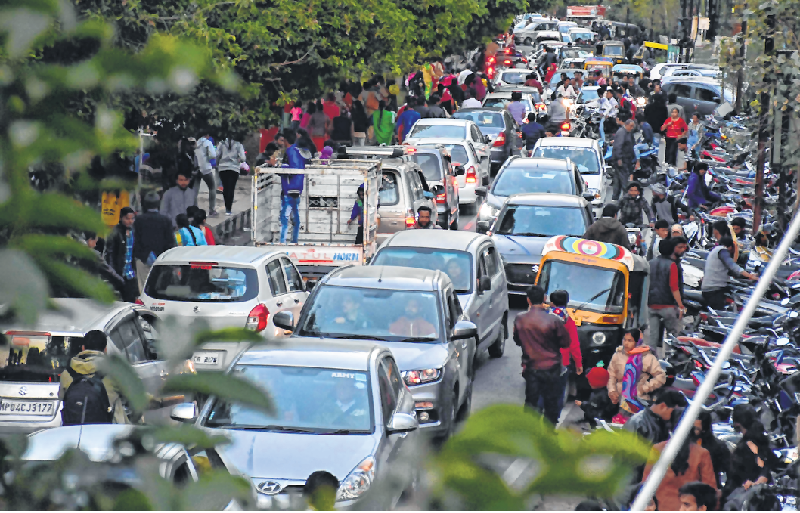 The mad rush on city roads ensured that arrangements made by the traffic police went haywire at various religious places including Birla Mandir, Bhojpur Temple and other temples. Besides, Parks, places of interest, temples witnessed rush right from noon to evening. Vehicles broke down on roads also created problems in traffic.

People with families visited there to enjoy the New Year. As there was relief from freezing cold, people ventured out at the said places. Vehicles specially SUVs remained stranded for hours. From morning, people made a bee line at the hang-outs. Traffic police were not deployed at the hang-outs located in the outskirt areas.

Crowd swelled at hang-outs adding to traffic pressure on roads. Road side parking of bikes also congested the roads for the four wheelers. At various places, bikes were parked at Boat Club which happens to be most favorite hang-outs of the state capital.