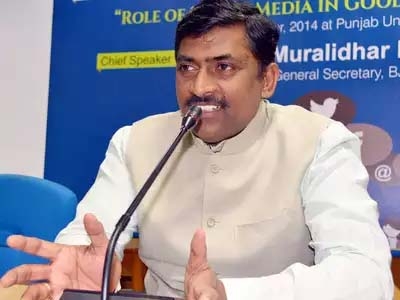 Bhopal: Cyber warriors need to prepare themselves to give a strong reply to the forces attacking the Indian culture, said the BJP state in-charge P Murlidhar Rao, here on Monday. He was addressing a programme organised by Media Influencers, called on ‘Anti Campaigning Against India On Social Media’. State BJP president VD Sharma also addressed the programme. Rao stated that the youngsters have to come forward to defend the country against the attacks on the Indian culture. He asked youths to take to people messages of Indian culture, diversity, literature and Vedas. Sharma said that social media is a weapon which can defeat the anti national mindset people. Bhopal: Be a proud owner of Dod-Mala, a reminder how ancient humans decked themselves