Bhopal: MSP will continue, intention as pure as water of Ganga: PM Modi 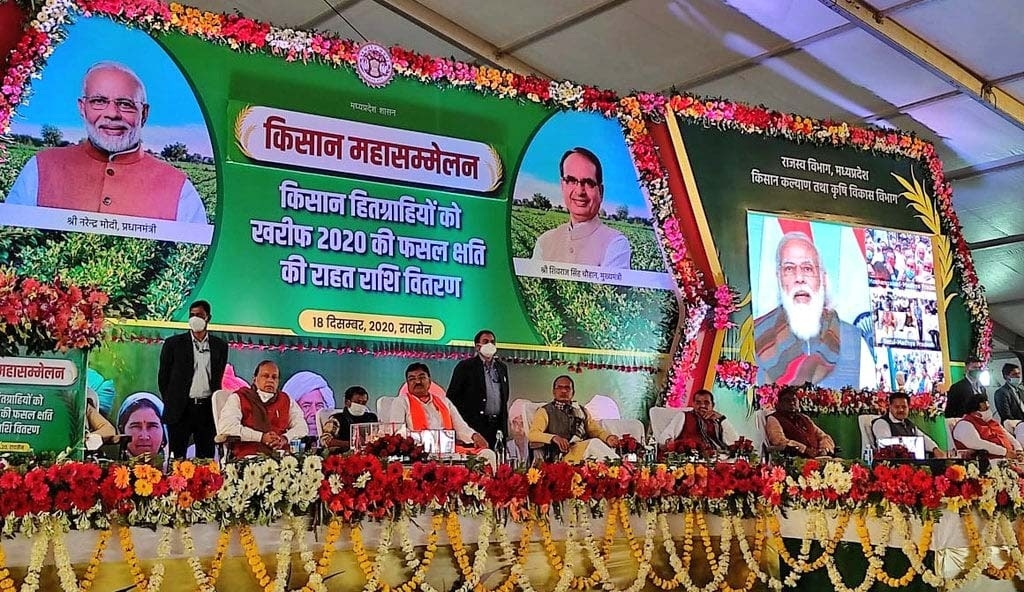 BHOPAL: Prime Minister Narendra Modi has said there cannot be a bigger lie than saying that Minimum Support Price (MSP) will be scrapped.

Modi made the above statement at a virtual conference with the farmers of Madhya Pradesh on Friday.

The MSP has been increased manifold after the National Democratic Alliance has formed government at the Centre, the Prime Minister said.

The farm laws are being opposed only because the Modi-led government has introduced them, the Prime Minister said.

Modi does not want to take credit, let that be on the manifesto of the opposition, but they should stop misguiding the farmers, the Prime Minister added.

As part of the programme, Modi transferred Rs 1,600 crore to the bank accounts of 35 lakh farmers of the state.

It is because of the hard work of the past six years that money is directly transferred to the accounts of farmers, Modi said.

The previous government swept the report of Swaminathan Committee under the carpet, but it is his government that implemented the report, Modi said.

His intention is as pure as the water of the Ganga and that of the Narmada, Modi said. He said the previous government had reneged on its promise to write off farmers’ loans. Now, it has happened in Rajasthan, Modi said, adding that the government will spend Rs 500 crore to modernise the Mandis. The farmers can enter into an agreement with anyone for selling their crops, he said, adding that the pact with the other party will on the sale of crop, but not on land.

The state governments should make the agreement forms in simple language to facilitate the farmers.