Officials informed that the commission has taken cognisance in several incidents

Bhopal (Madhya Pradesh): Madhya Pradesh Human Rights Commission has asked Gwalior Superintendent of Police to present the report, in which a 12th standard student had committed suicide as he was harassed in the school, said the officials here on Monday.

Officials informed that the commission has taken cognisance in several incidents.

The officials informed that the student of Vivekanand Higher Secondary School in Gwalior had committed suicide. The principal and other staff of the school blamed the victim for bursting cracker in the school bathroom.

The student Rohit Kushwaha suffered from depression and committed suicide. The school and other people did not know who had burst the cracker. The commission has asked the SP Gwalior to present the detailed report.

In another case, a pregnant woman and her new born son had died as Janni Express ambulance was unavailable in Balaghat district. The commission has sought reply from the district collector and chief medical and health officer Balaghat. 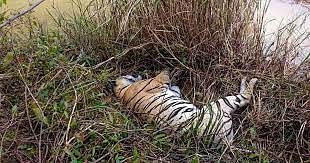