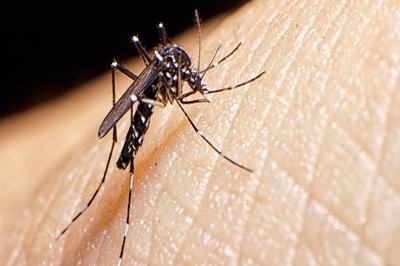 Five lakh establishments, including residential and commercial have been surveyed so far in the state capital and nearly 20 per cent of them have been detected with mosquito-larva. Health department has issued an advisory to focus on Jawahar Chowk area. Teams from district malaria office (DMO) are expected to survey Jawahar Chowk and surrounding areas to prevent larvae breeding as mosquitos-borne diseases are fast spreading its tentacles in the areas. Smart city development areas and surrounding localities are fast becoming the ground zero for vector-borne epidemic in the state capital.

Jawahar Chowk is part of the area being developed under Bhopal smart city project. More than a dozen cases of vector borne ailments have been suspected along Banganga and Jawahar Chowk. Residents blame increased construction activity and stagnation of water in the area for the as it is providing potential breeding ground for the disease.

On Thursday, five cases were reported from TT Nagar and adjoining areas. Between August and October, the city has reported over 330 dengue cases. Dengue being reported from smart city development area, is not a new phenomenon. Similar outbreak from vacant government housing area was reported in 2015. In 2018, many cases of dengue and chikungunya have come up in areas along TT Nagar, Shivaji Nagar, Ahata Rustam Khan, Panchsheel Nagar and surrounding areas.
Over the last three years, Bhopal has reported the worst spurt in vector borne ailments. Over 1,500 people were detected with dengue and chikungunya last year. It led to around 15 deaths in the state capital.