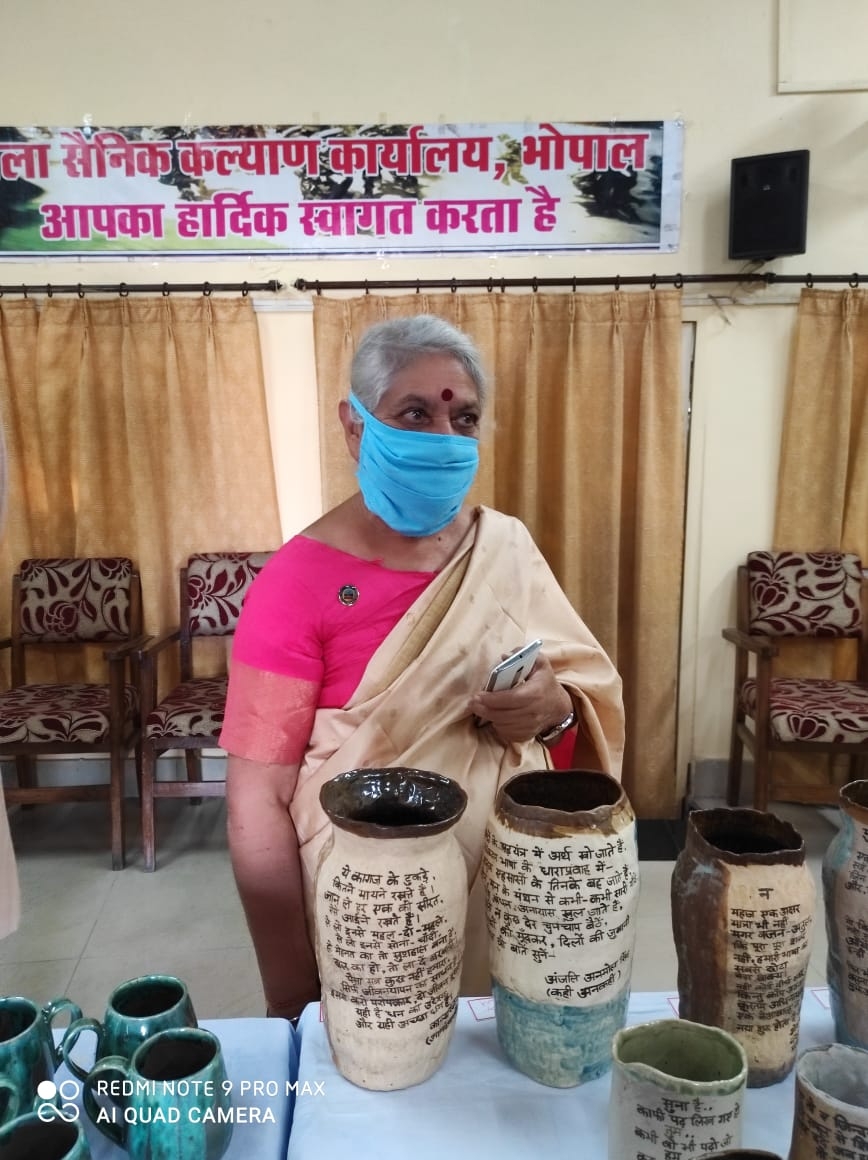 The amount includes personal savings, as well as the proceeds of the art exhibition, put up by her at the four-day exhibition-cum-sale ‘Kumar-Sukumar’ at Sainik Rest House, Banganga, Bhopal. The exhibition concluded on Thursday.

The 76-year-old ceramist Nirmala Sharma said she will donate Rs 1.75 lakhs for the Army Flag Day fund this year. She collected the money from the sale of her artworks over the last year as well as her savings. Last year, she donated Rs 1 lakh 51thosands. Of these, Rs 1 lakh was the amount which she has received as cash components of Madhya Pradesh’s government Sikhar Samman last year.

Major general V K Tripathi (General Officer Commanding Western Madhya Pradesh Sub Area) said that they are planning to display the artworks of Sharma round the year at his battalion. He also said the tale of valor of Capt Devashish Sharma should be displayed so that new officers of the battalion can draw inspiration from him.