The man used to visit the village frequently and developed good relation with the girl.

Bhopal(Madhya Pradesh): A 19-year-old girl BA student was repeatedly raped by one of her distant relatives on promise of marriage. Ashoka Garden police have registered a case against the accused, police said on Tuesday.

Police station in-charge Alok Shrivastava said that the victim, a resident of village Gunga came in contact with one her relatives. The accused used to visit the village frequently and developed good relation with the girl.

The girl was taken into confidence by the accused. One day the accused took her to a hotel and raped her, police said. He also promised that he is going to marry her soon. After that he went on with the relationship for several times.

Recently when the girl mounted pressure on the accused to get married, he refused. The matter was reported to Gunga police.

Gunga police registered a case and forwarded it to Ashoka Garden police for further investigation.

Police registered the case under section 346-2-N against the accused and have launched a manhunt to arrest him. 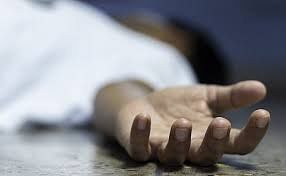