A tiger that is demonstrating human values, cares for partner and now raising cubs after her death
SHAHROZ AFRIDI 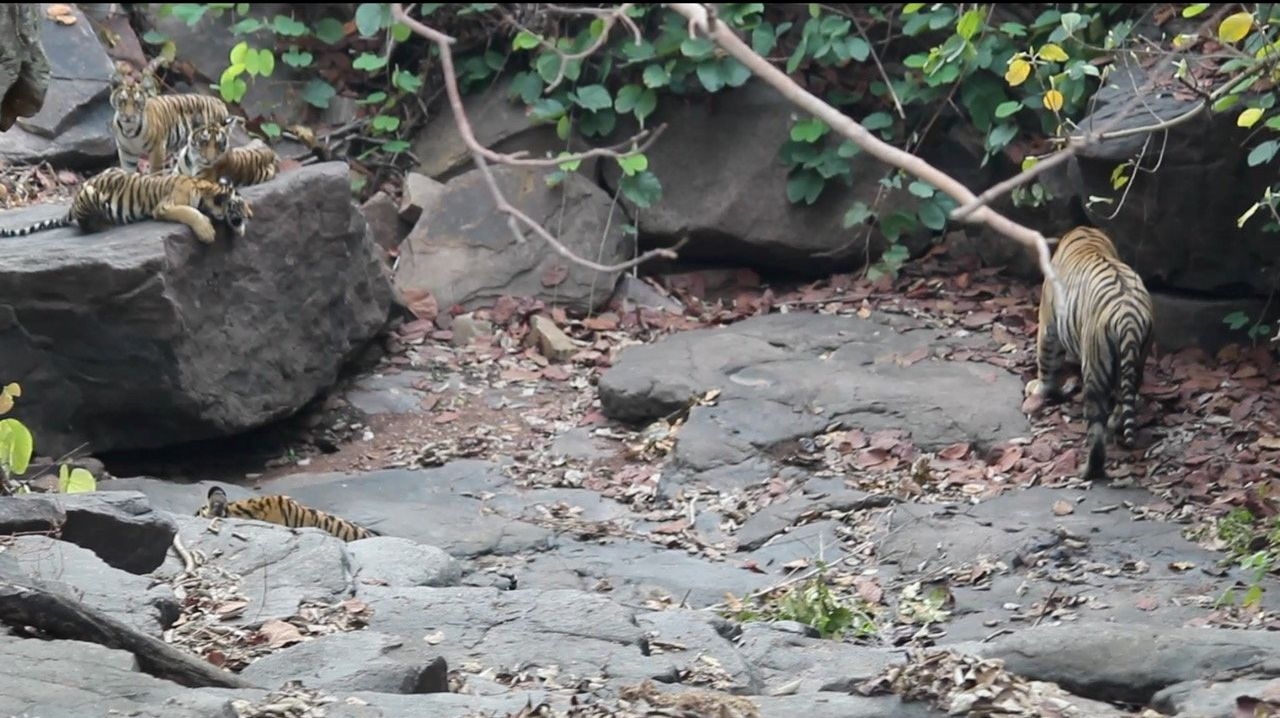 Bhopal: Though having multiple partners in their community is considered to be a common phenomenon, he preferred to remain with one. Responsibility of raising the children lies with the mother but this father broke all the natural traits and is now raising the children, rejecting offers from partners. But the protagonist in this tale is P243 - a tiger.

This tiger in Panna Tiger Reserve is behaving against natural traits of tigers. It has now become case study for international wildlife lovers and experts. It came to light when the tigress P213-32 died on 15 May, 2021, leaving behind 4 cubs. Male tiger P243 had paired with this tigress. Director of Panna Tiger Reserve, Uttam Kumar Sharma said this tiger paired with P213-32 for over two years. Moreover, he was not seen with any other tigress. They were seen together frequently and P243 is considered to be father of their cubs. “This big cat was seen at cremation site, within an hour after cremation. Even later for several days, P243 visited cremation site and used to sit there for several hours, as if paying homage,” Uttam Kumar said. “After the death of tigress, we all were worried about safety of 4 cubs. Biggest threat comes from tiger itself. A search party including 5 elephants and 50 people were sent to track cubs,” he added. All 4 cubs were traced on the evening of May 17 and they looked healthy - neither hungry nor stressed. P243 was also found moving in nearby area that kept the search parties at bay.

This tiger was collared on May 20 to keep close eye on his behaviour and to track the safety of cubs. Later, the tiger killed a sambhar and left a considerable part for cubs. “The tiger is providing kill (food) and taking care of cubs. The cubs are nine months old and have learned to prey on the kill. In natural process, mother tiger teaches them hunting but now the father has started teaching them to hunt,” said Sharma who is keeping close eye on the developments and issues regular bulletin on it.