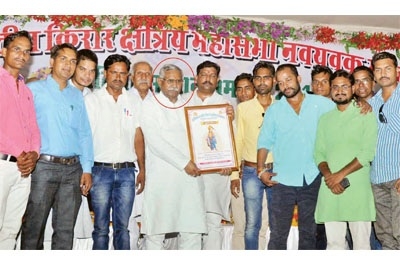 Gulab Singh Kirar, once an accused in Vyapam scam, is among the Congress’ star campaigner in the state. Besides him, Hardik Patel, Computer Baba and Ramkrishna Kusumaria too will be canvassing for the grand old party. Congress general secretary Priyanka Vadra, party star campaigner would also be campaigning in the state.  Kirar, also a relative of former chief minister Shivraj Singh Chouhan, had allegedly got his son Shakti Singh Kirar admission into Pre-PG course by paying a huge sum of money.

Though Kirar does not figure in the charge sheet submitted by CBI, his son has been made an accused. During BJP government, Kirar was on Congress’ target list. Congress, then in opposition had leveled several allegations against Kirar for his alleged involvement in the Vyapam scam. It is said that Kirar’s son is absconding since CBI submitted chargesheet against him.

Kirar, prior to assembly polls, had also met Congress national president Rahul Gandhi in Indore. Then the Congress had refuted Kirar joining them following a controversy then. It is learnt that MP Jyotiraditya Scindia played a key role in bringing Kirar into Congress fold. Kirar was quite powerful in the previous government and was a member of Commission of Backward Classes.