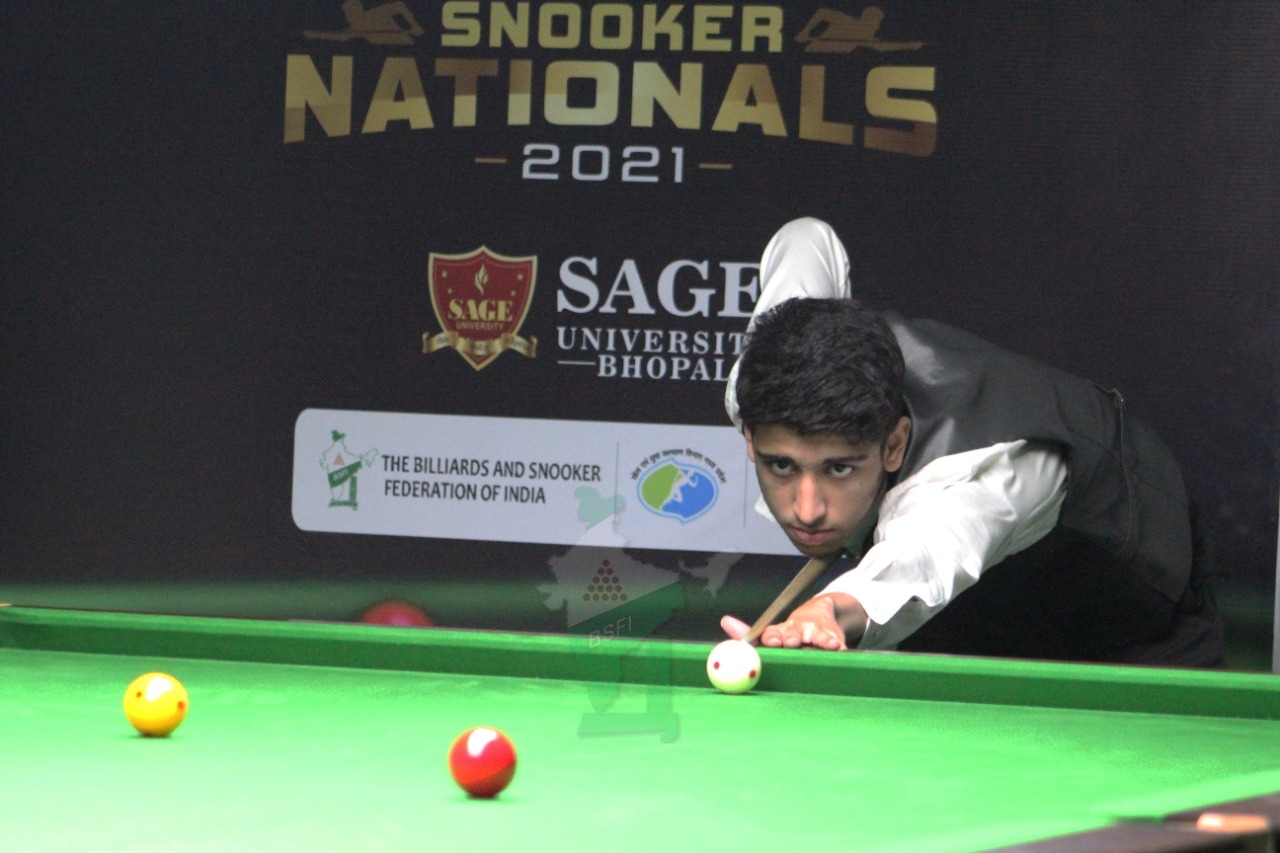 BHOPAL: A lanky 17-year old SD school student of Chandigarh, Ranveer Duggal, attracted spotlight at the Library hall of Sage University on Wednesday as he exhibited excellent potting, measured in-offs in the process to outclass Tarandeep Singh of Uttar Pradesh in a 90-minute snooker match at the 88th National Billiards and Snooker Championship.

Ranveer steadily scored on each visit to the table for a 533-191 points’ victory. In his snooker outing, Ranveer was right on cue while disposing of Ansh Ahuja of Madhya Pradesh in straight frames by 71-46 & 73-18 points.

In the junior billiards category, the most improved player of the circuit, Rayan Razmi of Maharashtra was in magnificent form as he chalked up mammoth breaks of 97, 62 and a break of 120 points as he dubbed Mayank Garg of Gujarat by 589-124 points.

The stroking and rhythm of Rayan was a treat for the avid watchers of his fine display on this day. Parth Shah of Gujarat had to draw out his best in the process of defeating Kaushik Jain by 2-1 frames. Though Parth lost the first frame, he picked up steam to quell the challenge of Kaushik in the end.

Another Gujarat player Dhruv Patel had to sweat it out before disposing of G Shrikant of Telengana in three frames in another notable affair.

Yet another Gujarat player Mayur Garg had to strain to override Aarav Sancheti from Maharashtra before he could post a two-frames-to-one win by 62-15, 33-53 & 65-38 points. Getting vaccine is better than being on ventilator, says MP Chief Minister Shivraj Singh Chouhan