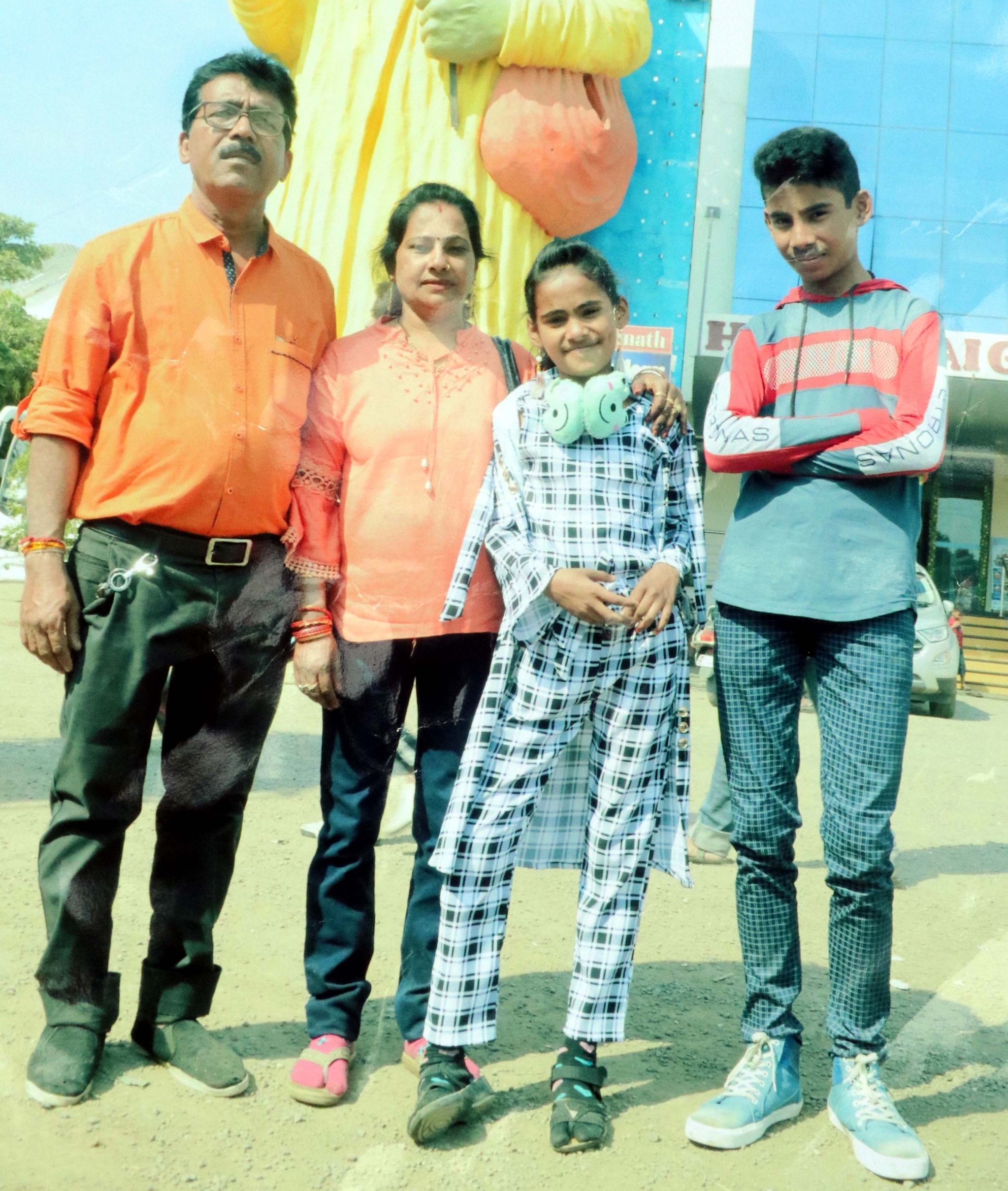 BHOPAL: A civil engineer, who was rendered jobless during Covid pandemic, allegedly made an attempt on the life of his family members before killing himself. He slit throats of his son and daughter while they were asleep and then he gave poison to his wife to consume before killing himself by consuming poison. The engineer's son died on the spot while his wife and daughter are battling for lives in a city hospital, the police said. The incident took place in Sahara Estate under Misrod police station area early morning on Saturday. The man used a marble cutting machine as a weapon to kill his children.

The 55-year-old engineer Ravi Thackrey, who hailed from Betul had been staying in Bhopal with his family- Ranjana Thackrey, 50, son Chirag, 16, and daughter Gunjan, 14, for the past 16 years. In a four-page suicide note, he mentioned his poor financial condition as the reason behind 'killing his family members and himself', according to the police. As per police, the man worked with various private companies but he became jobless in June this year leading to frustration. He had not got his salary for about four months from the company where he was last engaged. His wife too tried her hands on cosmetics business but it didn't do well due to Covid situation. None of the family members were seen on Friday by the neighbours.

Much to horror of neighbours in Sahara Estate, Ranjana Thackrey came out of her house shouting and screaming about 7 am on Saturday while seeking help to save them. One of the neighbours Ajay Arora immediately called up the police. When a police team entered the house, the civil engineer and his son were dead while Gunjan was lying in a pool of blood in an unconscious state.

As Ravi had used the marble cutting machine to slit the throat of his children, blood stains were splattered all over the walls in a room. Police rushed Ranjana and Gunjan to Hamidia Hospital where condition of Gunjan remains critical.The boy was a student of class 11 in a private school whiles the girl studies in class 8, said the police.The police recorded statement of Ranjana, who told that her husband fed her poison and after slitting throats of their children and consumed it himself.The man first slit throat of his son after consuming poison and poisoning his wife.